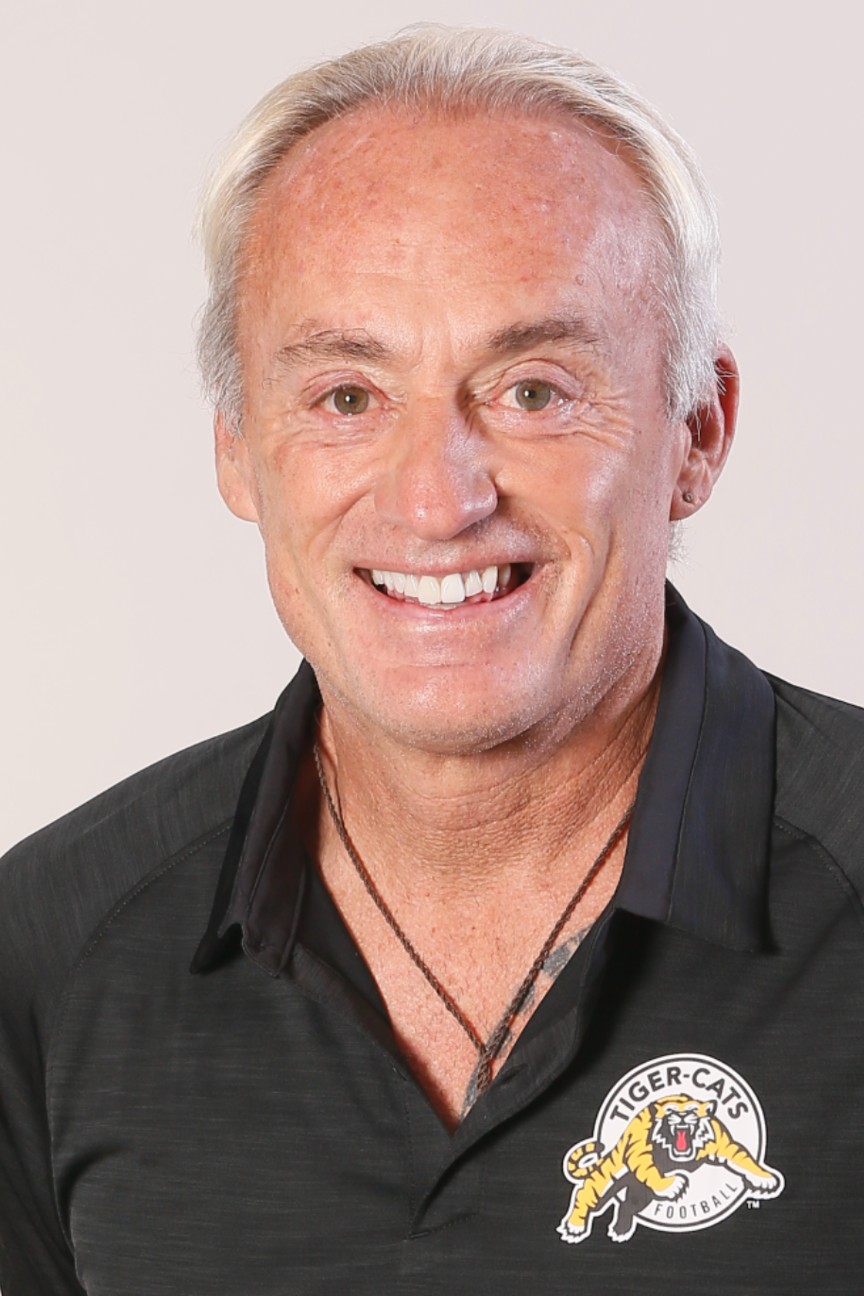 Reinebold returned to the Tiger-Cats after one season as Special Teams Coordinator for the BC Lions in 2018. That season, placekicker/punter Ty Long led the CFL in punting yards, punting average, net punting and was the Lions’ nominee for Most Outstanding Player as well as the West Division finalist for CFL Most Outstanding Special Teams Player.

Reinebold spent the previous five seasons with the Tiger-Cats (2013-17), joining the team as Special Teams Coordinator in 2013 before adding the role of Linebackers Coach in 2014, and ultimately serving as Defensive Coordinator for the first-half of 2017.

The Tiger-Cats led the CFL in special teams touchdowns in both 2015 and 2016. In 2015 specifically, Hamilton scored six touchdowns on special teams, including four punt return majors by Banks, and two additional touchdowns on a blocked punt and an onside punt recovery. Overall, the Tiger-Cats had six blocked kicks, while the rest of the league combined for just 12 in total. Banks also returned a missed single-point convert attempt for the first missed convert return score in the history of the CFL, and had two additional kick return touchdowns negated by penalties.

Prior to joining the Ticats, Reinebold served as Defensive Coordinator for the Montreal Alouettes in 2012.

Reinebold would then join the Rhein Fire of NFL Europe later in 1995 for one season, before returning to the Lions in the CFL as their Assistant Head Coach and Defensive Coordinator in 1996. In 1997 and 1998, he would serve as Head Coach of the Winnipeg Blue Bombers.

Reinebold then had another stint with the Fire in NFL Europe from 1999 to 2000, culminating in a World Bowl VII win. In 2001, Reinebold accepted a role as Special Teams Coordinator and Defensive Backs Coach with the Amsterdam Admirals where he would spend three seasons.

In 2003, Reinebold was hired as Special Teams Coordinator and Tight Ends Coach at Louisiana Tech University, before being appointed NFL Europe’s Senior Manager of International Player Development and a colour commentator on Sky Sports NFL telecasts from 2004-05.

Reinebold would then join Hawaii’s staff as their Defensive Line Coach for two seasons where he was part of UH’s 2006 Hawaii Bowl and 2007 Sugar Bowl teams. From 2008 to 2011, Reinebold served as Wide Receivers Coach at SMU where he tutored numerous future pros, including Emmanuel Sanders, a third-round draft pick of the Pittsburgh Steelers in 2010 and Superbowl Champion with the Denver Broncos in 2015.