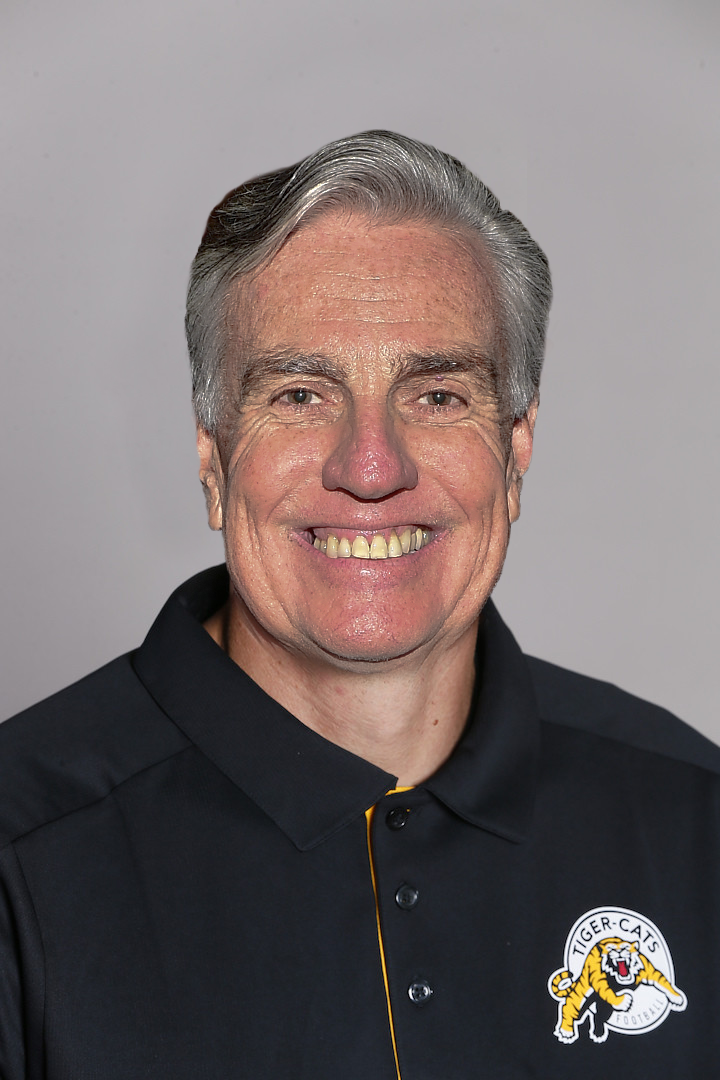 Barker most recently served as General Manager of the Toronto Argonauts for six seasons (2011-16) and helped lead the team to a Grey Cup championship in 2012. The Pasadena, California native also served as Toronto’s head coach from 2010 to 2011, assuming a dual role in 2011.

Following the Argonauts historic victory in the 100th Grey Cup in 2012, in which Barker built a team that secured Toronto’s CFL record 16th championship, he led a team of staff and players to a first place finish in the Eastern Division in 2013. The Argonauts hosted the Eastern Final on the strength of 11 wins – the most by a Double Blue team since 2007.

Barker returned to the Toronto Argonauts as head coach in 2010 and transformed a team that had won seven games in two years and led them back to the playoffs with 10 wins, including a berth in the 2010 Eastern Final. Barker and his staff made 2010 a year full of optimism and growth. By season’s end, his roster boasted eight first-year starters along with seven division all-stars and four CFL all-stars. Following his successful campaign, Barker was promoted to General Manager & Head Coach and took home the Annis Stukus trophy as the 2010 CFL Coach of the Year.

Following the 2011 season, Jim Barker stepped down as the team’s head coach to focus on his duties as general manager. He exacted change immediately by hiring new Head Coach Scott Milanovich, who was named 2012 CFL Coach of the Year, and pulled the trigger on a blockbuster trade to bring star QB Ricky Ray to Toronto.

2010 marked Barker’s second time in Double Blue. In 1997, he helped mastermind an offence that has since been regarded as one of the greatest in CFL history. In 1999, he was named Head Coach of the Double Blue and, at the time, was the youngest serving head coach in the CFL.

Barker’s track record as an evaluator and executive with the Calgary Stampeders is unquestioned. He rejoined the Stampeders in 2005 as the club’s General Manager and the team catapulted from its last place finish (4-14) in 2004 to second place in the West with a confident 11-7 record in just one season. At the end of 2007, John Hufnagel joined the Stampeders as Head Coach/General Manager and Barker became Senior Vice President, Football Operations/Director, Player Personnel as the club continued to thrive. The two worked together to bring the city a Grey Cup title in 2008. In all, Barker’s Calgary teams made the post-season in five consecutive seasons from 2005-2009.

Barker first began coaching 10 & 11-year-olds in Arcadia, California, and is now recognized throughout North America as one of pre-eminent experts in his field. He is one of the few individuals in U.S. college football history with experience at every level of the NCAA. In seven seasons of professional football, he has coached three championship clubs – two Grey Cups and one XFL championship. He has worked with some of the finest coaches in the history of the Canadian Football League including Don Matthews and Ray Jauch, the former Head Coach of the Edmonton Eskimos and Saskatchewan Roughriders.

His full-time coaching career in Canada began in 1996 on the staff of the Montreal Alouettes. The Alouettes set a club record for wins that year but lost in the East Division final to the eventual Grey Cup champion Toronto Argonauts. In 1997, he was named the Co-Offensive Coordinator and Offensive Line Coach for Toronto and was instrumental in guiding an offence that scored a remarkable 660 points and finished with a 15-3 regular season record. In 1999, he was named Head Coach of the Argonauts and finished with a respectable 9-9 regular season record and a playoff berth.

Following the sale of the Argos in 2000, Barker moved back to the U.S. and coached the Los Angeles Xtreme to the first and only XFL championship. His work with quarterback Tommy Maddox is well documented as Maddox went on to win the XFL Player of the Year award and in 2002 was named the NFL Comeback Player of the Year with the Pittsburgh Steelers.

Barker then returned to Canada and again teamed with Matthews as an Offensive Coordinator and Quarterbacks Coach where he helped take the 2002 Alouettes to their first Grey Cup championship in 25 years. His quarterback, Anthony Calvillo, enjoyed his finest season as a pro and was named the East Division Player of the Year. In 2003, Barker moved to Calgary where he served for one season as Head Coach of the Stampeders.

Barker received his B.A. in Physical Education from USC in 1978 and his M.A. from San Francisco State University in 1984. He has four daughters – Erin, Lisa, Kate and Holly — and seven grandchildren: Heather, Brendan, Ricky, Gabriel, Jesika, Harley-Quinn and Elijah.