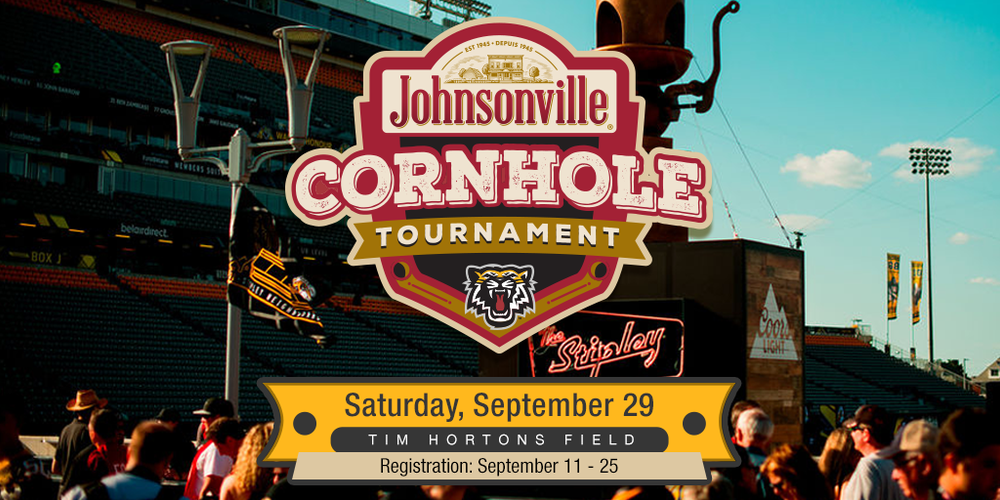 Grab a partner and sign up now! We’ll be randomly selecting twosomes to compete in the tournament, with a VIP road trip to Ottawa up for grabs. Good luck!

The tournament capacity will be limited to sixteen (16) teams of two, randomly selected from the pool of registrants. The BYOP (bring your own partner) single elimination tournament will consist of three rounds and one championship match.

The first three qualifying rounds will have a twenty (20) minute time limit. The first team to reach (21) points or leading when the time expires will advance to the next round. The championship round will not have a time limit.

The tournament will be located in the south end zone of stadium just inside Gates 1 & 2, at The Stipley. Participants will receive complimentary food & beverage vouchers and live music will be playing all tournament long!

Gates will open for the tournament at 12 p.m. The event schedule will be as follows:

The championship team will receive the following:

The second place team will receive the following: