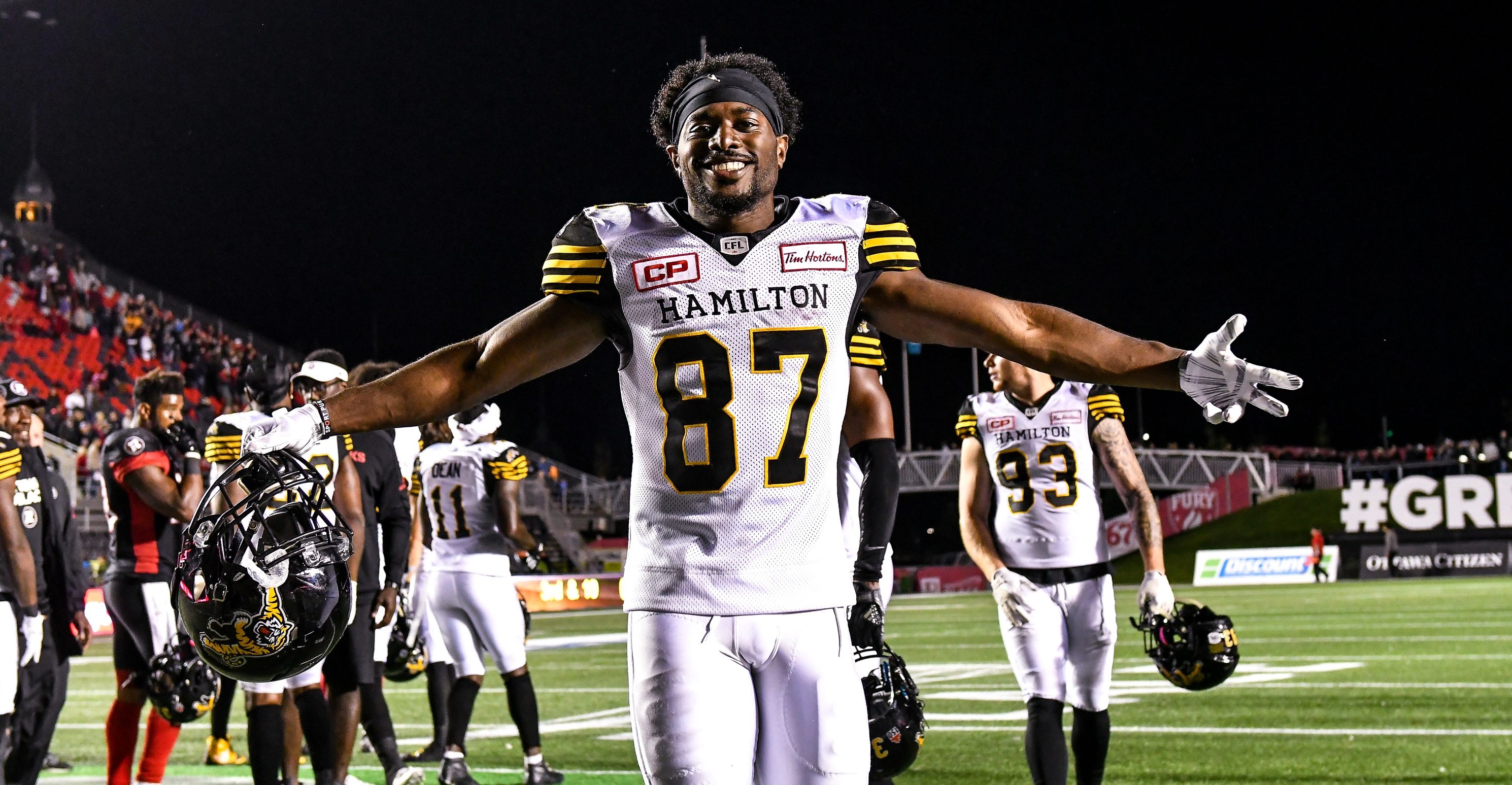 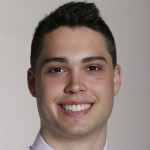 Q. I’ve been told that you bike to the stadium every day. Is that true, and if so, what do you think about when you’re biking to work?

I just have my tunes in and I’m just focused. I’m in the zone and I’m ready to come to work. It kind of makes me want to work hard because I’m on a bike and I see people coming here with cars all the time, so it’s a little motivation.

Q. What kind of music do you listen to on the way?

A. I like turn-up. I like mostly rap music, just turn-up music in the morning. Most people probably prefer a smooth jazz in the morning. But I’m a morning person so as soon as I wake up I got my music blasting, and I’m ready to go.

Q. What is one Canadian stereotype that you’ve noticed to be true?

A. Eh. People said they eh, eh, eh, in TV shows and whatnot. And then I come up here and I can’t stop saying it now. It’s funny eh.

Q. What’s your favourite thing about Canada so far?

A. Favourite thing about Canada so far is, well, Trump isn’t here so that’s a plus. Surprisingly, there are a lot of similarities between Canada and the United States. I love the colour money. It’s cool how your money doesn’t rip, like if you try your hardest you really can’t rip it. That’s pretty cool.

Q. What do you value most in a teammate?

A. I value a lot of things in a teammate so it’s hard to narrow it down because what makes a good teammate isn’t just one thing. But one of my top things is how compatible we are and how we’re able to communicate. Cause you’ll get guys on a team that really won’t communicate with the others well and show up and do their job. But it’s the guys that are willing to put in the extra effort and get to know you personally. Once you understand someone and get to know them personally then you’re more willing to understand where they’re coming from if an altercation were to come up. Having that open communication is good.

Q. Would you rather spend a weekend in Yosemite National Park or downtown New York City?

A. I gotta go back home, downtown. I’m from New York, so going back home would be nice. On top of that I have family up there, so I could see family if I was there. Definitely say downtown New York.

Q. Would you rather be a small character in an Academy Award winning film, or the lead in a show like CSI Miami?

A. Good question. It’s funny because growing up I’d like to say I’d always want to be the lead role, but how things always planned out, I was always the person with the small role in a bigger picture and I’ve always accepted that. So looking at the benefits of that, I wouldn’t mind being a small role in an Academy Award winning film.

Q. You’re at Tim Hortons Field playing a football game against the Argos. Something runs out onto the field and instead of a streaking fan, it’s a live tiger. Who is most likely to survive?

A. I would say me, because I’m putting my money on myself surviving before anyone else. I guess the fast guys would survive. It would be either me, Speedy, or Jalen, the faster guys on the team. Who goes down first though, I’d have to go with Coach McKnight.

Q. If you could have dinner with any three football players living or dead, who would they be?

A. Definitely one would be Walter Payton. He was one of my idols. Sean Taylor, strong safety. And I would definitely like to have dinner with Jerry Rice.

Q. What was the best gift you’ve ever received?

A. I think I’m thinking too deep into this, but if I’m going to go off the first thing that came to my mind. I remember being in like second, third grade. For Christmas I walked outside to a race track with that little remote control car. You know, this back in the day, you hold the speed and it’ll fly off the track. That was probably one of the best gifts I’ve ever gotten.

Q. What’s the best gift you’ve ever given?

A. I’ve never been asked this question before. I want to say, maybe, possibly the gift of hope. Just because, I speak at a homeless shelter on Mondays and Tuesdays on our days off at night. We just sit down and play cards and I speak to them. So I feel like the best gifts aren’t material things. The best gift you can give is probably a feeling or an emotion. 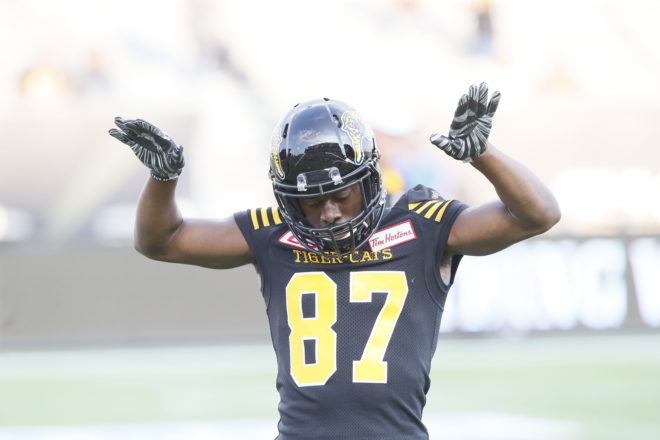 Q. How did you get into that?

A. I went to the mission services. I also worked at the food drive they had there. And then during the bye week I was there volunteering. I promised myself I would give back on my free time. So I did the food drive there at the mission services right there on Wentworth. And there they hooked me up with the homeless shelter. I only did it once so far, but I plan on doing it consistently throughout the year.

It’s more of a New Year’s resolution, so this is all new. I told myself football is important but there’s more important things and life means more than just football, and you’ve got to find some way to give back. I just felt like during the bye week I had so much free time, it was like, what am I doing with this free time. Obviously football related things, but there’s 24 hours in a day and it’s up to you to decide what you do with that 24 hours. Like we’re done with practice, I have another arguably five, six, seven hours to my day. That’s a whole lot of time if you think about it. You can change a lot of people’s lives just by dedicating thirty minutes. Not even a whole hour. If you dedicate thirty minutes a day, just to making someone’s life better or improving your own craft, or making yourself better. In the small picture, thirty minutes doesn’t seem like a lot, but if you look at a whole week, or a whole month. If you dedicate something thirty minutes. Because a college class lasts about forty five minutes, so if you dedicate something for thirty minutes, technically you’re still in class. That’s kind of my mentality at the moment.

Q. What does something like that mean to you?

A. I just feel like it’s the thing to do. I just feel like for me, giving back, I just do it to remind myself that life is more than just football. I love football. Football has consumed my life, and I’m just trying to find ways to branch out. My biggest motto is, “be the change you want to see in the world.”

I feel like a lot of people in this world talk about change. We should do this, we should do that. Everyone’s like, yeah we should do a bunch of things, but nobody is really doing anything. If you just focus on yourself and you start being the change instead of pointing at all the things that need to be changed. If everyone just says, okay what changes do I want to see in the world, and instead of persuading everyone else to do those changes, how can I be those changes?

Q. What do you think the positive impact of charitable work like that can be?

A. I don’t know, because people go through different things, struggles every day. I’m not the type to be like, me being a football player I can miraculously change their life. If me playing a card game with someone makes their day better, that’s just my goal, is to make their day better. Sometimes to really build someone you gotta start day by day, and I go in there and just try and make somebody’s day better. Hopefully it works.

I mean, it’s pretty cool talking to them. I’m a pretty chill guy so I don’t really feel uncomfortable, I give them hugs, we talk. I love meeting people, talking to people. I love seeing different people, what kind of situations they’re in. At the end of the day we’re all the same.