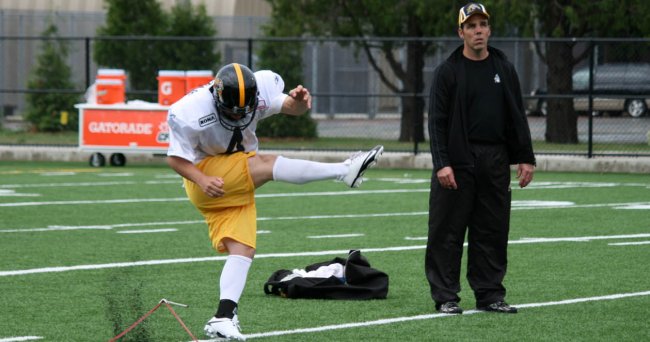 In the football world the relationship between the trinity of players that form a successful field goal is one of the most delicate.

The timing of the snap, the efficiency of the hold and placement of the ball are paramount for a kicker to find a comfortable rhythm.

“For a kicker that’s the biggest thing, because I don’t care how good a kicker you think you are, if those guys aren’t good, you’re not going to be good,” said new Ticats kicker Sandro DeAngelis.

“Coming here, that was my biggest anxiety but I feel like now that anxiety is gone,” he said.

DeAngelis has been working tirelessly with long snapper Jordan Matechuk as well as holders Adam Tafralis and Dave Stala to try and find a comfort level. 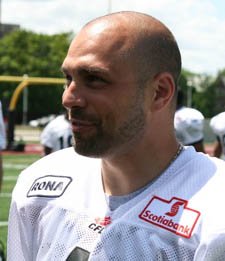 “I didn’t know any of the players coming here but Jordan, Adam and I have formed an instant chemistry,” said DeAngelis.

“Our chemistry is so good that I feel like we’ve been working together for years,” he added.

This is good news, because part of the reason that DeAngelis has become the most accurate kicker in Canadian Football League history is that during his time in Calgary, the Stampeders kicker-snapper-holder combo worked together for years.

“I was very lucky and very fortunate to have the same guys in Calgary because you really develop such a routine and such timing with those guys,” said DeAngelis.

Sandro has risen from near-obscurity when he was picked up by the Stampeders in 2005, to the most clutch kicker in the CFL, boasting an 84% career accuracy rate.

One of the reasons for his success is his ability to calm himself and stay mentally engaged throughout a game that may see him hit the field only a handful of times.

“You could be sitting there the entire game and not kick the ball and all of a sudden there’s two seconds left and the team needs you to hit that kick to win the game,” explained DeAngelis.

The ability to keep yourself from getting too excited as the game goes on is the key to being ready when you are called upon.

“You can’t get too high or too low emotionally, you have to stay somewhere in the middle,” he said.

Whatever the key’s to his success are, Ticat fans and players alike are just glad that he will be on their sideline when three points are needed and time is running out on the clock.

JUNE 7 PLAY OF THE DAY: During the fire portion of today’s second practice, Kevin Glenn threw a bullet to a well-covered Marquay McDaniel.  McDaniel was able to fight off his defender before making a twisting, lunging, one-handed grab that drew positive reaction from his teammates and applause from fans in the stands.

OTHER NEWS AND NOTES:

TOMORROW’S SCHEDULE: The Ticats will be on the field from 8:05-10:05am on Tuesday.  Current weather forecasts call for sun, 12*C and 0% chance of rain.