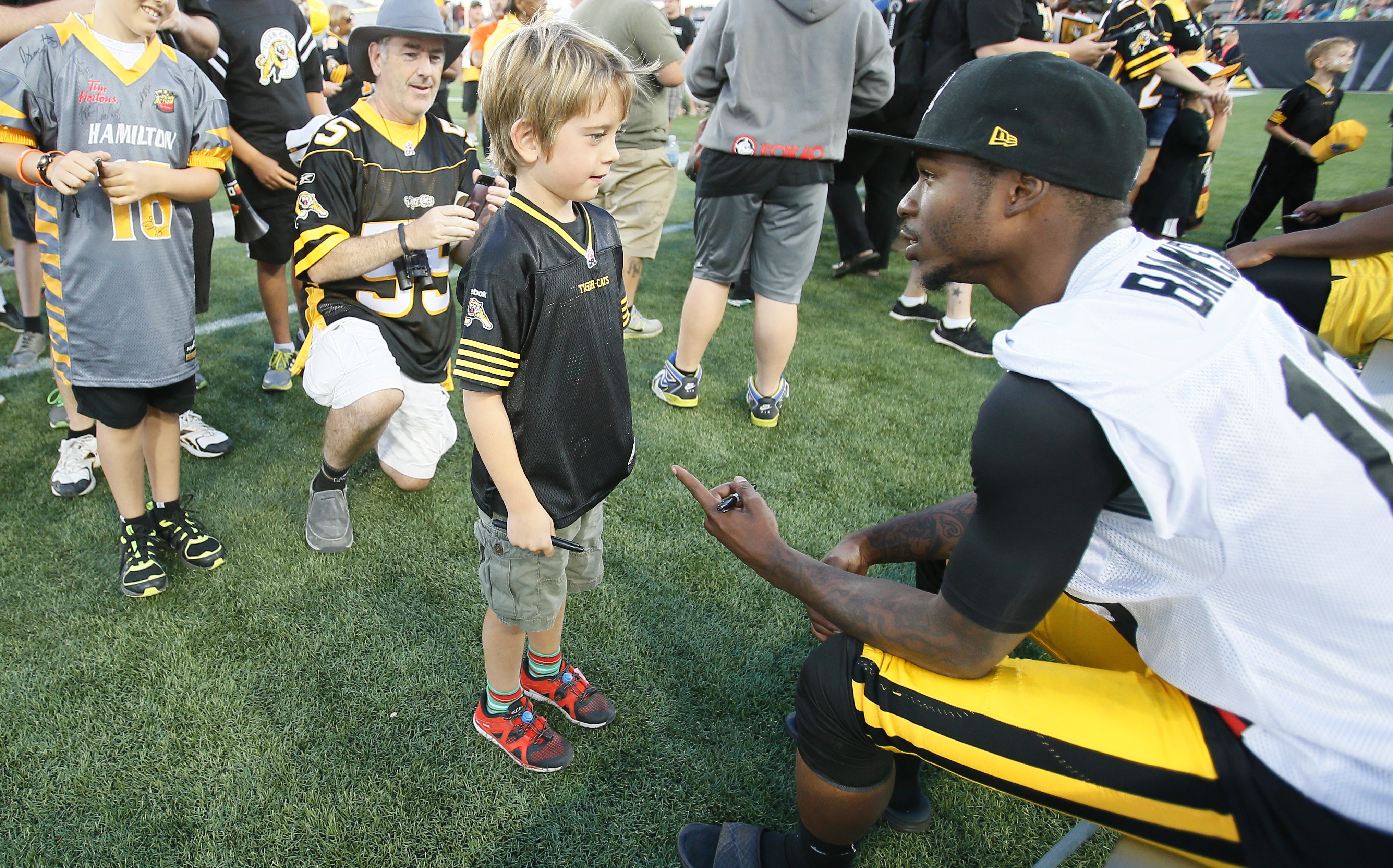 Tim Hortons Field will once again be the destination of choice for young families with children this season, as the Hamilton Tiger-Cats Football Club announced today additional gameday programming tailored to up-and-coming Ticats fans.

At the conclusion of every home game this season, fans will be welcomed onto the turf at Tim Hortons Field to play in the footsteps of their Black & Gold idols. Families on the Field, presented by Summer Fresh, provides children with an exclusive and memorable opportunity, whether it’s tossing around a football with mom or taking photos at the 55-yard line with dad. Children under the age of 12 who participate in ‘Families on the Field’, which begins 15 minutes after the conclusion of the game and wraps up 35 minutes after the final whistle, will also receive a mini Ticats football upon leaving the stadium.

Before and during the game, the re-imagined Findlay Family Zone behind Section 109 will be a popular spot for children. Unveiled earlier this month, Stripes’ Jungle, a 2,000 square foot, custom Ticats themed playground, is the centerpiece of the area and will be accessible free of charge to young Tiger-Cats fans. Featuring more mascot appearances, children’s menu items courtesy of Levy Restaurants and plenty of family friendly activities, it will be hard to convince the kids to leave The Findlay Family Zone after the final whistle! Stripes’ Jungle will make its debut at the 2017 Home Opener on July 15 when the Ticats take on the BC Lions.

Finally, Stripes’ Cub Club returns for a third season in 2017, featuring an invite to Stripes’ birthday party, more exclusive benefits, prizes, youth ticket discounts and more. Parents will be able to register their kids for the 2017 Cub Club program, free of charge, via Ticats All Access (allaccess.ticats.ca) following the preseason game. Keep an eye on your email inbox or Ticats.ca for further registration details.