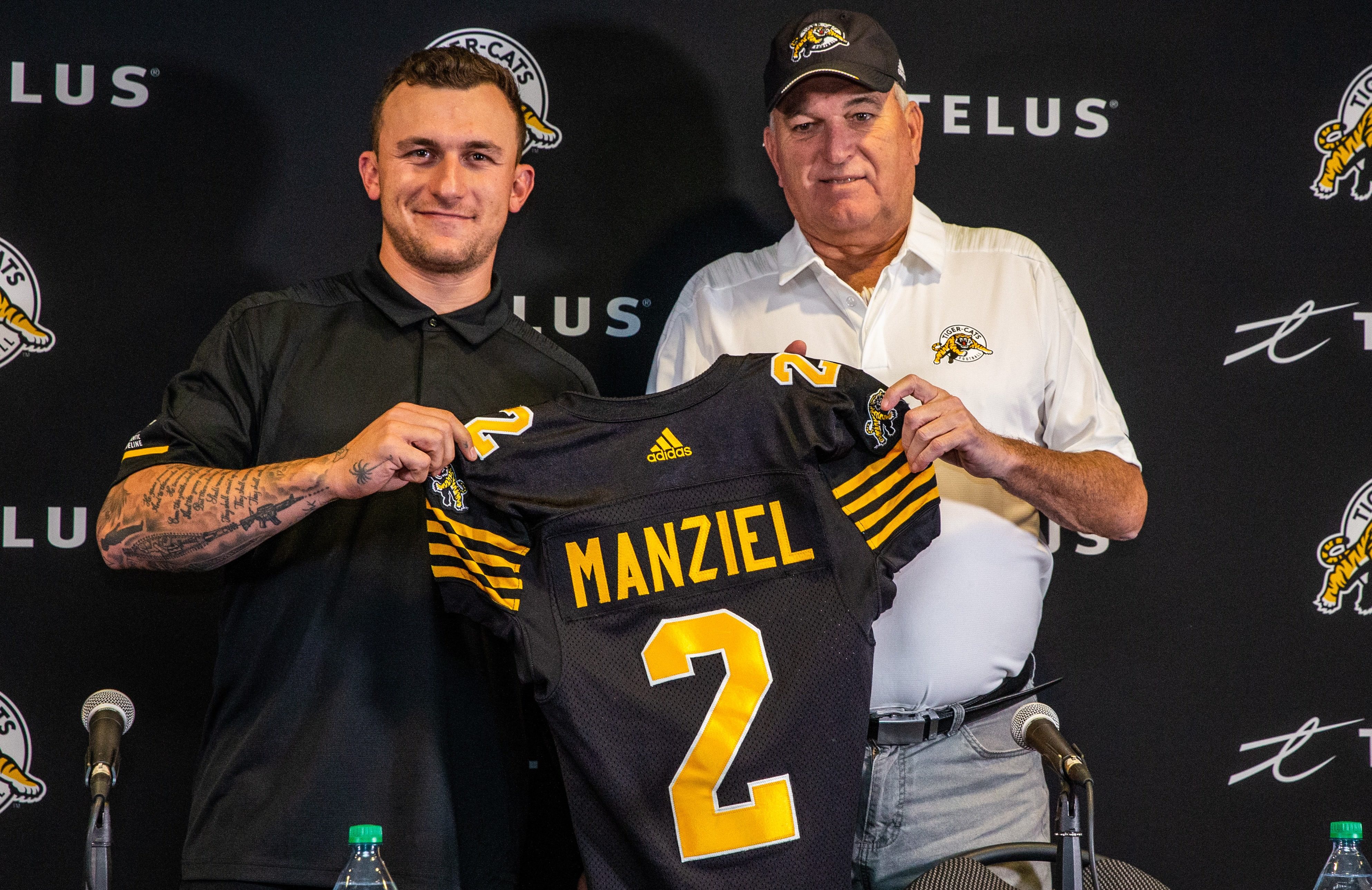 Manziel, 25, played in 14 games – starting eight – for the National Football League’s Cleveland Browns in 2014 and 2015 before being released March 11, 2016. The 6-0, 210-pound quarterback registered 147 pass completions on 258 attempts for 1,675 yards, seven touchdowns and seven interceptions, and added 46 rushing attempts for 259 yards and one touchdown. The native of Tyler, Texas, was originally selected by Cleveland in the first round, 22nd overall in the 2014 NFL Draft. He most recently participated in The Spring League in April 2018.

“We’re excited to add Johnny Manziel to our roster, particularly getting it done now so that Johnny can join his new teammates and the coaching staff for a full training camp,” said June Jones, Head Coach of the Tiger-Cats. “We feel like we’ve got an excellent group of quarterbacks, and the addition of Johnny only improves our football team in our pursuit of the ultimate goal, which is to win a Grey Cup Championship.”