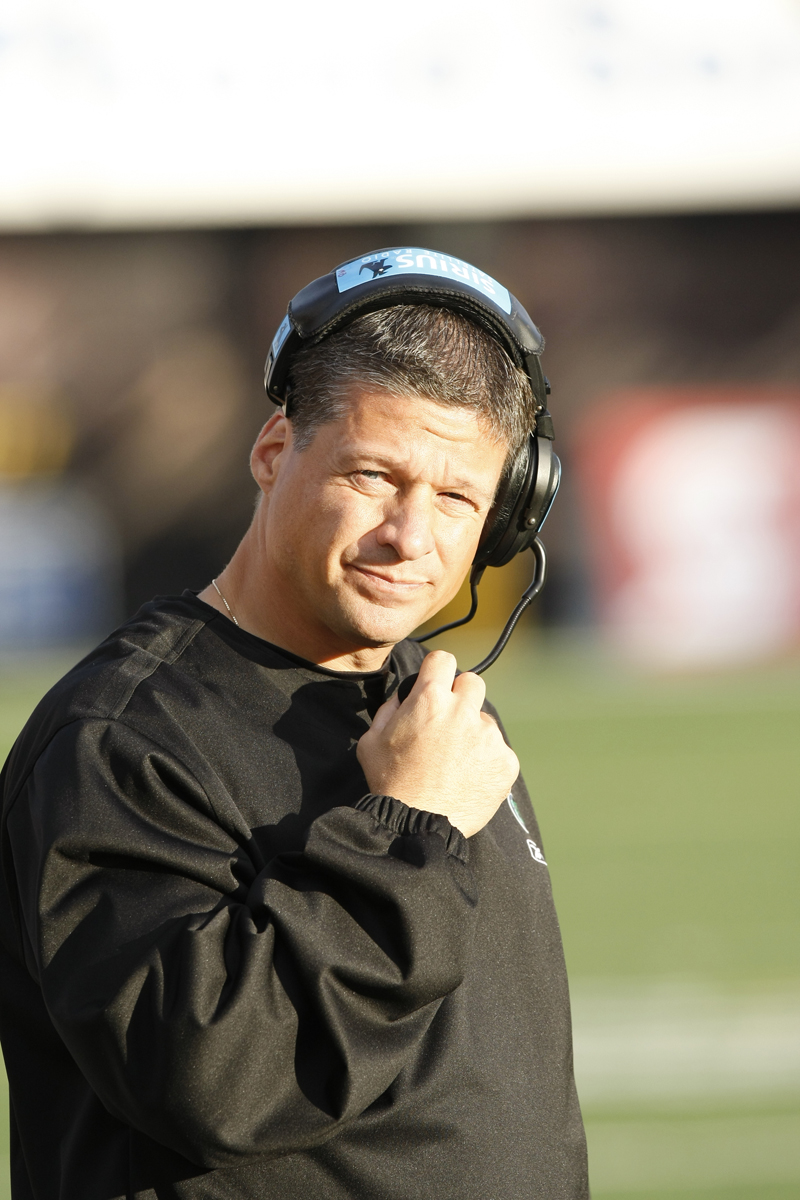 Gaining Confidence On The Road
November 19, 2011

HAMILTON — If the Hamilton Tiger-Cats want to win the Grey Cup in Vancouver this year they will have to do something they couldn’t accomplish all season – win three road games.

But quarterback Kevin Glenn said that’s a non-starter when asked about Hamilton’s dismal 2-7 road record during the regular season.

“That’s what it is. There’s nothing we can do about it right now,” Glenn said with a shrug, just hours before leaving for Winnipeg’s Canad Inns Stadium and the CFL Eastern Final.

“It’s tougher on the road. You’ve got to be more focused and mentally tough to go into somebody’s backyard and win. You don’t try to put that type of stuff in your mind (about the road record). You just focus more when you’re going to a hostile environment like that.”

The Ticats already have one road win under their belts after beating Montreal at Olympic Stadium 52-44 in the CFL Eastern Semi-Final.

While Hamilton lost to the Bombers in all three meetings this season, just one of those games was played in Winnipeg. And it was a particularly painful 30-27 decision in late August – a game the Ticats felt they had handed it to Winnipeg.

Glenn threw an interception that was returned for a touchdown on one play, and receiver Chris Williams fumbled a ball on the one-yard line on another. They had a 24-20 lead late in the third and it was tied 27-27 late in the fourth before the Bombers pulled out the victory.

Plus, the Bombers only have a 5-4 record at home.

Ticats head coach Marcel Bellefeuille pointed out that technically Hamilton had three road wins, counting the Touchdown Atlantic match-up versus Calgary that was played in Moncton, N.B. Hamilton was the home team of record.

“We’ve played well on the road this year,” he said. “We knew we were capable of winning on the road. I think it had more to do with times of the season we were on the road, the roster we fielded, those types of things as much as anything.”

But he also acknowledged that winning in Montreal last week went a long way to erasing self-doubts.

“Certainly playing in a noisy environment and overcoming things that we overcame to be successful gives us confidence,” Bellefeuille said.