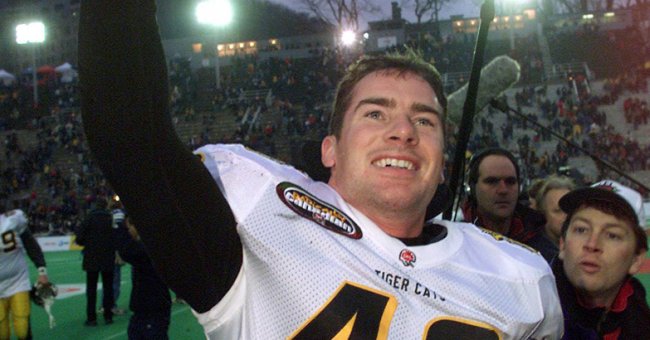 The Hamilton Tiger-Cats and the Hamilton Tiger-Cat Alumni Association (HTCAA) announced Wednesday that former player Rob Hitchcock will be inducted to the Wall of Honour at Tim Hortons Field on Friday, October 4, 2019. Hitchcock’s name and number 42 will join other distinguished Wall of Honour inductees on the upper facade on the west side of the stadium during halftime of the Ticats game against the Edmonton Eskimos.

“Rob Hitchcock’s hard-hitting style of play, relentless effort on the field and great leadership skills embodied exactly what it means to be a Tiger-Cat and our history of hard-nosed defensive football in Hamilton,” said Bob Young, Caretaker of the Tiger-Cats. “He was a force in the secondary and on special teams for over a decade as a Ticat and is very deserving of this honour.”

Hitchcock played 200 games over 12 seasons with the Tiger-Cats (1995-2006), winning a Grey Cup with the team in 1999, and currently holds the all-time franchise records in combined tackles (606), defensive tackles (484) and special teams tackles (tie-122). The 6-2, 210-pound native of Hamilton, Ontario also sits second in franchise history in all-time interceptions (36) and fourth in games played (200), while adding 11 quarterback sacks and seven fumble recoveries.

“It’s such an honour and privilege to be associated with the great players already recognized on the wall. Just thinking about my name and number up there for my family, friends and fans to see gives me chills,” said Hitchcock. “When Mr. Young gave me the news, I was emotional, happy, excited and most of all, grateful. All my teammates and coaches that I was fortunate enough to play with over the years all had a part in me being chosen for this great honour.”

The Wall of Honour is the single largest acknowledgement of excellence the Tiger-Cats and the HTCAA can provide, and is based on a rigorous criteria collectively established by both parties. It symbolizes elite performance over a sustained period wearing the Black and Gold as evidenced by the legendary names honoured in the past. The winner is voted upon by a committee composed of members from the Club, HTCAA, local media and the team’s TigerTown Council.

Ticats fans interested in attending the Wall of Honour game to witness Hitchcock’s induction can purchase a pair of tickets for $42 in honour of number 42 HERE. Single game tickets for all Tiger-Cats games in 2019 officially go on sale Wednesday, May 1. For all other inquiries, visit ticats.ca, email tickets@ticats.ca or call 905-547-CATS. 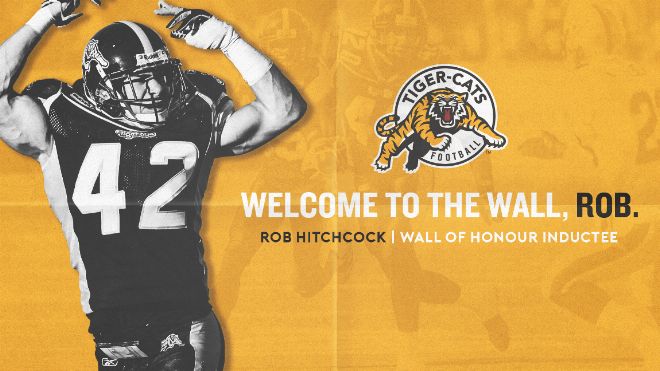