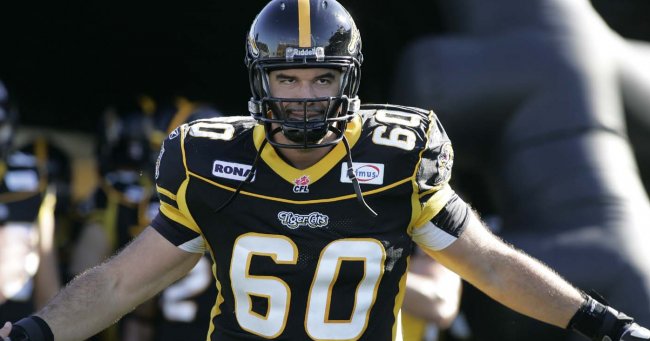 Tiger-Cats offensive lineman Jason Jimenez was one of seven CFL players that took part in Huddle For Haiti, a CFLPA, WestJet and Oxfam Canada driven initiative that supports Haiti relief one year after the devastating earthquake.  Jimenez recently returned from his 10-day visit to Haiti and will discuss his thoughts on the experience in a series of stories on Ticats.ca…

This week, as the United States took the time to observe Dr. Martin Luther King’s accomplishments, I came across a notable passage by Dr. King summarizing the sense of purpose surrounding his work: “Life’s most persistent and urgent question is, ‘what are you doing for others?’”

The passage not only accentuates the work of Dr. King, but also parallels the purpose that brought together seven CFL players destined for the Republic of Haiti.

The trip was a result of a 7.0 magnitude earthquake that devastated the Pearl of the Antilles one year ago.  For some, Haiti may be described as a series of unfortunate events.  For others, the earthquake that ravaged the poor country is the coup de grace for which there is no possible solution for redemption. 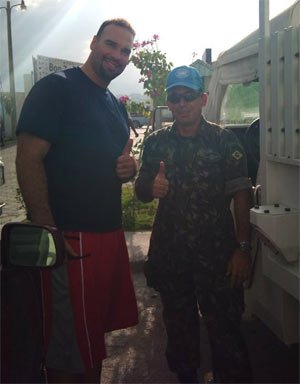 For the detractors, the Huddle for Haiti group wishes to say: “not so fast.”  Meet the Huddle: Seven players from across the CFL in conjunction with Oxfam Canada and Westjet Airlines aspiring to make a difference in what some consider an indifferent situation, and left inspired by the resiliency of Haiti.

The idea to join this project stemmed from my desire to assist those truly in need.  My commitment to offer support in Haiti came from previous encounters with strife, destitute conditions, and social discord.  I can still recall the vivid images of my father’s native Perú shaken by the radical endeavors of revolutionary groups, abject poverty and the ungodly effects of mudslide destruction.  These memories stirred inside of me when I compared what I witnessed in Haiti on television initially, and were further exacerbated once on the ground in Port au Prince a year later.   Comparing the two gave me pause and further strengthened my resolve to contribute in any way that I could.

The trip was a learning experience for all of those that participated, both actively and from the sidelines.  Not everyone that contributed with this amazing trip was present in Haiti.  Back home, our families, friends, and support staff that contributed to the success of our public campaign to raise awareness, also learned a great deal from our time in Haiti.  Even my two-year-old son repeatedly told anyone who would listen that his Papi was “going to Haiti to help niños [children] who don’t have toys.”

I got a sense that after a few days together, the common denominator linking all those present on this unique project was personal compassion, humility and the desire to end human suffering.  The collaboration of players, sponsors and media’s efforts proved to be of great utility for those that we encountered—we were well received.  As chaotic and mind numbing as some experiences were, our personal safety was never in jeopardy.  Once we found a collective rhythm and were better able to indentify what we were experiencing, we started to get a sense of what Haiti was all about; how they viewed themselves, and how the world views Haiti.

A week later, it’s still hard to put everything into context, let alone words.  That’s what I’m trying to do now.  The impact of this trip was immense, and I’ll do my best to convey my experiences in the days ahead.