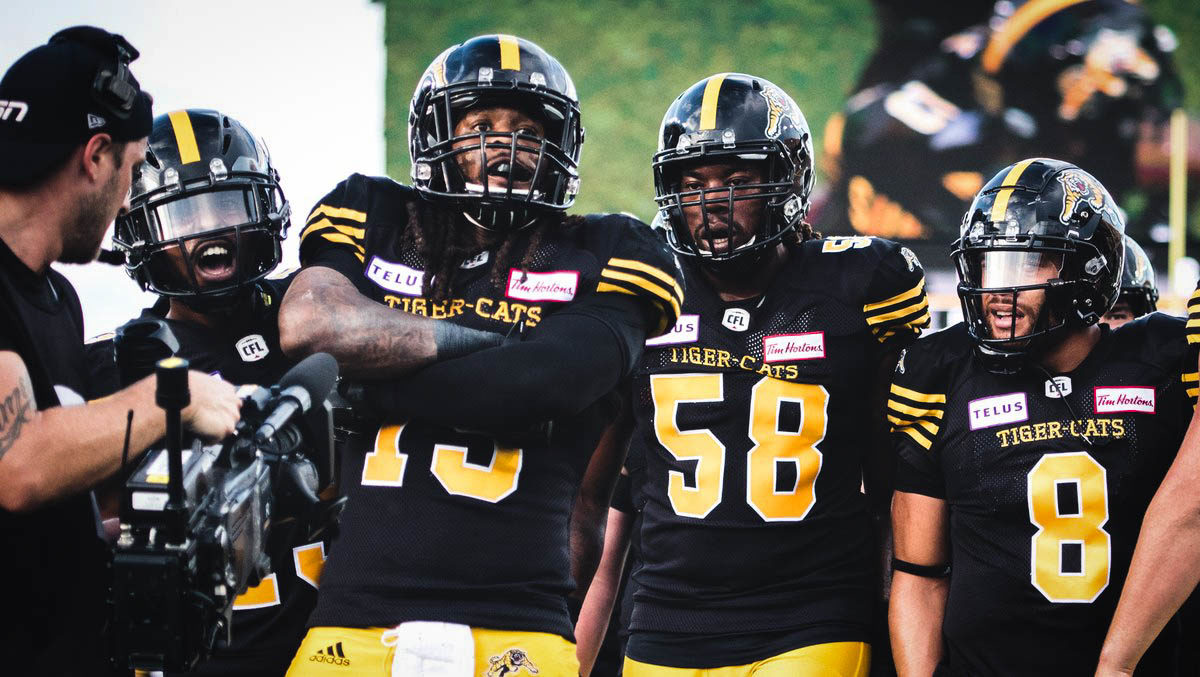 There’s a saying that goes if it’s not broken, don’t fix it and that’s exactly what the Hamilton Tiger-Cats have implemented so far this off-season.

With the opening of free agency just under a week away, the Ticats have already made a splash, bringing back key pieces of their offence.

The team extended receiver Jalen Saunders back in December. Their star pass-catcher Brandon Banksinked a new deal in January and running back Alex Green was putting pen to paper just a day later. All three were pending free agents and were eligible to test the waters on February 12.

Quarterback Jeremiah Masoli and sure-handed pass-catcher Luke Tasker were already under contract for next season, meaning the Tabbies’ offence, which was one of the most efficient in the CFL last year, is almost completely intact even before the market opens next week. 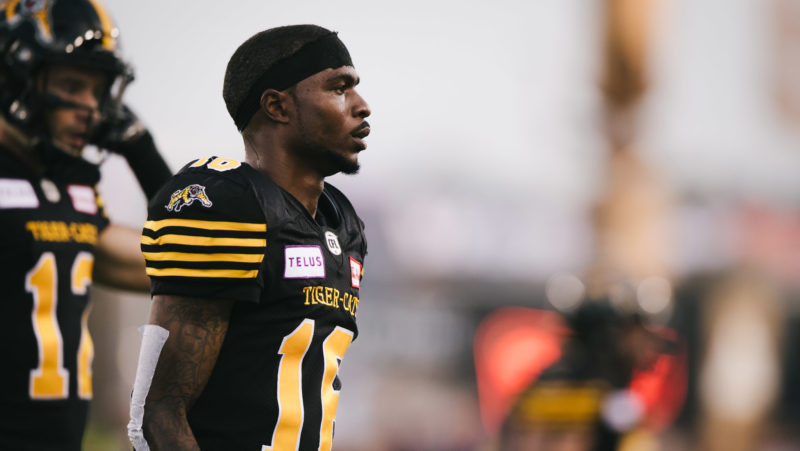 BRANDON BANKS SIGNED A TWO-YEAR DEAL TO STAY WITH HAMILTON THROUGH 2020 (JOHANY JUTRAS/CFL.CA)

Even with season-ending injuries to Saunders and Banks – Saunders tore his ACL in September and Banks broke his clavicle in October – Hamilton still finished the regular season with a league-leading 405.6 yards of net offence per game. Banks and Tasker were second (1,423 yards) and fourth (1,104 yards) in receiving respectively, and Masoli was second to Mike Reilly in passing with 5,209 yards.

Perhaps slightly overshadowed by the extension of his teammate Banks – the two deals were announced within a day of each other – Green was just as important for Hamilton get under contract.

Not only was the 30-year-old scoring touchdowns at an excessive rate – in eight games last year he rushed in seven majors and caught one more – but his ability to fit in perfectly with Jones’ run and shoot offence, and his ability to pass protect, was second to none.

In his first 16 CFL games – including the Eastern Final and Eastern Semi-Final in 2018 – Green has tallied 1,479 yards and 12 touchdowns on 252 touches. He’s more than earned the starting spot in the back field after taking over when C.J. Gable was traded to Edmonton in 2017 and the Tiger-Cats made sure he wasn’t going anywhere. 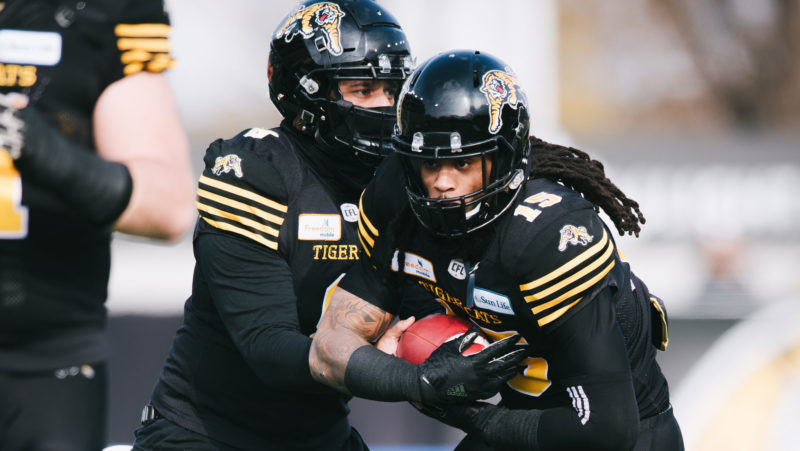 SINCE TAKING OVER AS THE TEAM’S STARTING RUNNING BACK, GREEN HAS FIT PERFECTLY INTO THE TICATS OFFENCE (JOHANY JUTRAS/CFL.CA)

“Alex Green identifies where to pick up the blitz because he knows the blocking schemes in June’s offence in the style of run and shoot better than anybody could,” said Ferguson. “That’s why when John White was kind of playing really well for them towards the playoffs, when Alex got healthy it was like, ‘no, Alex is our running back.’

“He can do things in his sleep that other running backs can’t do after studying it for half a season.”

It’s the offensive line that remains for Hamilton to work on, their starting centre Mike Filer is a pending free agent and they lost tackle Ryker Matthews to the NFL. While Avery Jordan and Kelvin Palmer (who signed an extension in January) will likely line up at tackle, Filer will be high on the team’s priority list to get under contract for next season.

“I think Filer is really underrated in how important he is in being able to keep Masoli clean,” said Ferguson. “Not because he’s making these big, mind-blowing blocks all the time, not because he’s a perfect snapper, even though he is pretty good at it. It’s his identification of being able to direct traffic for the rest of the offensive line that makes him really, really valuable for them.”

With all of those pieces in place, Jones thinks that Hamilton has a chance of having one of the best offences to play in the CFL.

“The more I look at it,” Jones said on a conference call from his off-season home in Hawaii back in December. “The more I want to be the best that we can be and break every CFL record there is.”

Only time will tell if those records will indeed be broken. 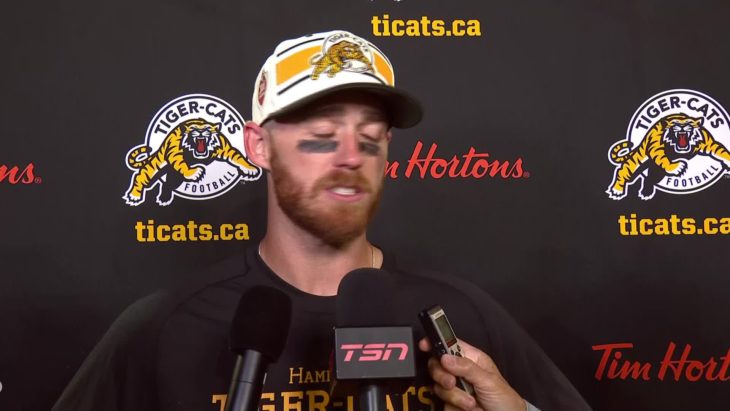 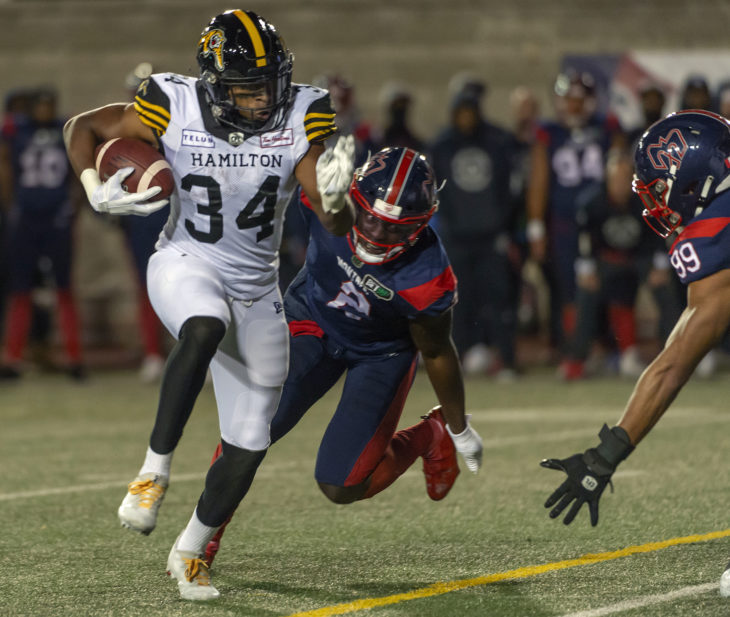 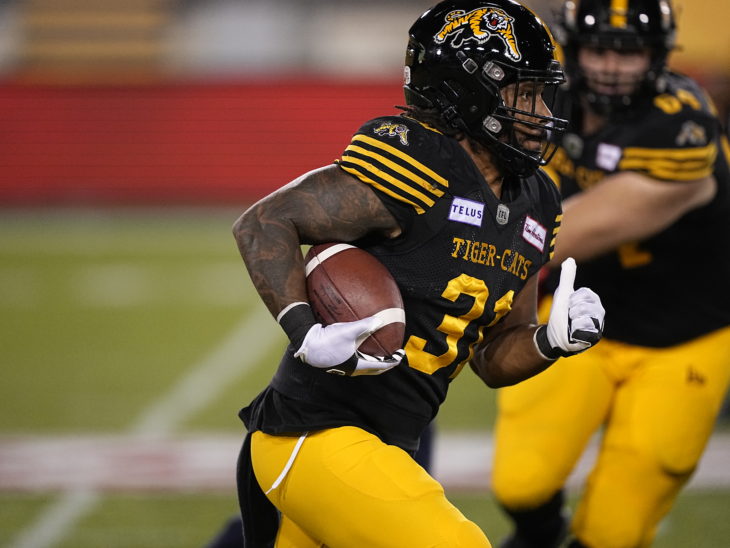