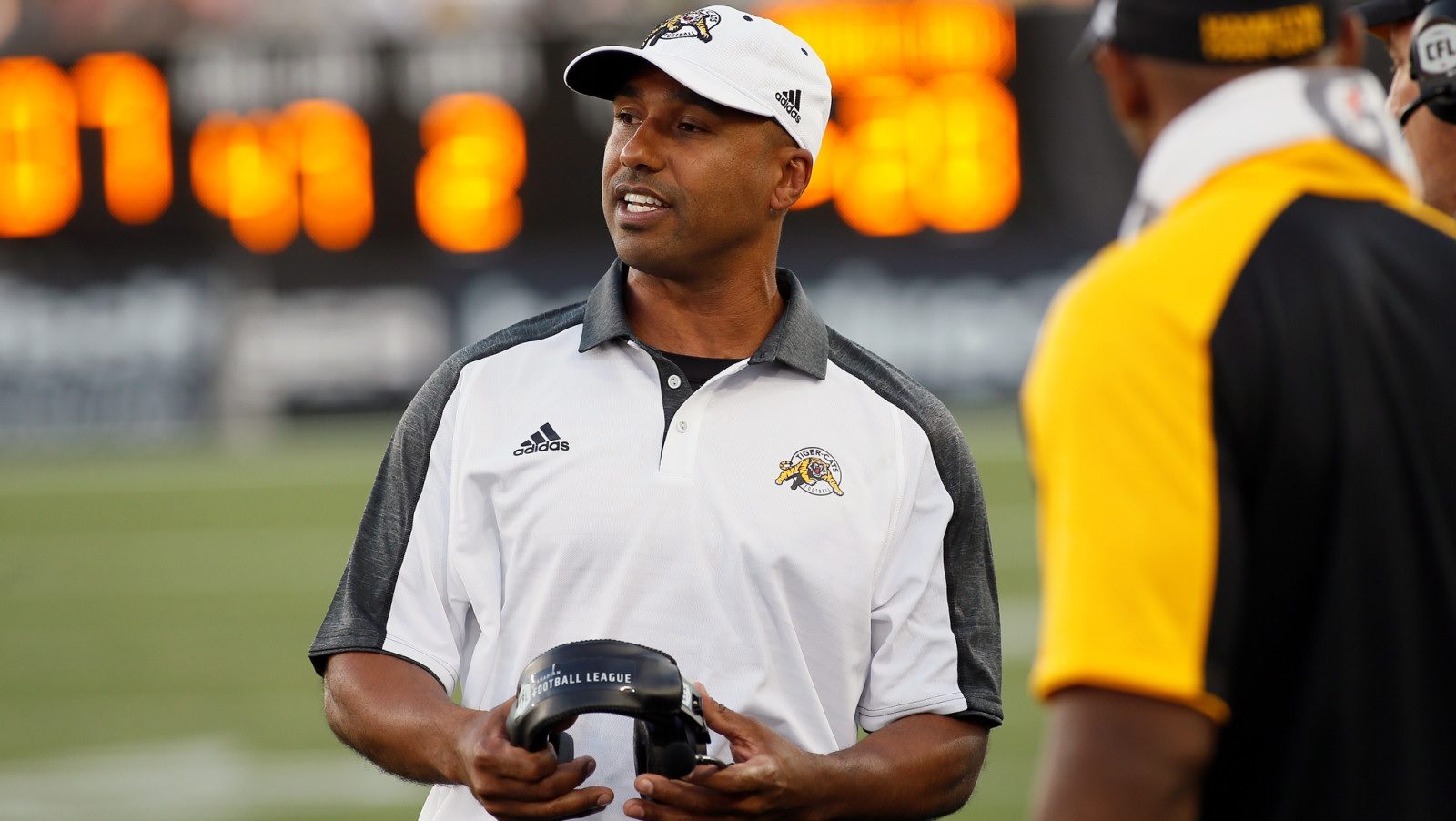 June Jones, Head Coach of the Hamilton Tiger-Cats, announced Thursday that Orlondo Steinauer has been named Assistant Head Coach of the football club, returning to the team after a one-year stint as the Fresno State Bulldogs’ Defensive Coordinator in 2017.

“Orlondo is an accomplished CFL coach with a great track record at this level. He’s a coach whose great work ethic, intelligence, knowledge of the Canadian game and ability to get the most out of his players will be a huge asset to our staff,” said Jones. “We’re very happy to bring him home to Hamilton after an exceptional year at Fresno State. I know these decisions are always big for coaches and families, and I’m thrilled as the head coach that someone of Orlondo’s character and talent is joining the staff as my assistant head coach. This is a great thing for the Hamilton Tiger-Cats organization. After speaking with him at length and from talking to people in the organization, including some of the players, I know this addition will help us in our quest to bring a Grey Cup Championship back to Hamilton.”

Last season, Steinauer was part of Fresno State’s remarkable turnaround, posting a 10-4 record and winning the Hawaii Bowl over the University of Houston. The Bulldogs were just one-year removed from a 1-11 record and became the second team in NCAA Division I Football Bowl Subdivision (FBS) history to go from double-digit losses one season to double-digit wins the next.

“This was a big decision for our family, and I’m unbelievably excited to join the Tiger-Cats and June Jones’ staff as his Assistant Head Coach,” said Steinauer. “Our family has spent the vast majority of our lives in Southern Ontario together and the opportunity right now in Hamilton was perfectly aligned with my personal and professional priorities, which obviously include bringing a Grey Cup back to the great fans of the Tiger-Cats.”

Steinauer added, “This was certainly not an easy decision to leave the situation at Fresno State, which has been incredible. I want to thank all of the great people, players and coaches at Fresno State, who all contributed to a memorable season, to say the least.”

Steinauer had previously served four years on Kent Austin’s coaching staff in Hamilton (2013-16), originally joining the organization as Defensive Coordinator on January 3, 2013, before being promoted to Assistant Head Coach and Defensive Coordinator on May 27, 2016. The Seattle, Washington native’s defensive units helped lead the Ticats to two Grey Cup appearances (2013, 2014), consistently ranked at or near the top of the league in numerous defensive categories, and produced multiple CFL All-Stars, including Ted Laurent (2014, 2015), Delvin Breaux (2014), Simoni Lawrence (2015), Emanuel Davis (2015), Craig Butler (2015) and John Chick (2016).

Steinauer’s 11-year coaching career also includes stops with the Toronto Argonauts (2010-12) and Western Washington University (1996-98) when he was still an active player. As a player, he captured two Grey Cup rings in 13 CFL seasons as a dominant defensive back with the Ottawa Rough Riders (1996), Tiger-Cats (1997-2000) and Argonauts (2001-08). He was named an all-star at three different positions (cornerback, halfback and safety), earning six divisional all-star nods and five CFL all-Star honours in total. His 1,178 interception return yards are the second most in CFL history.