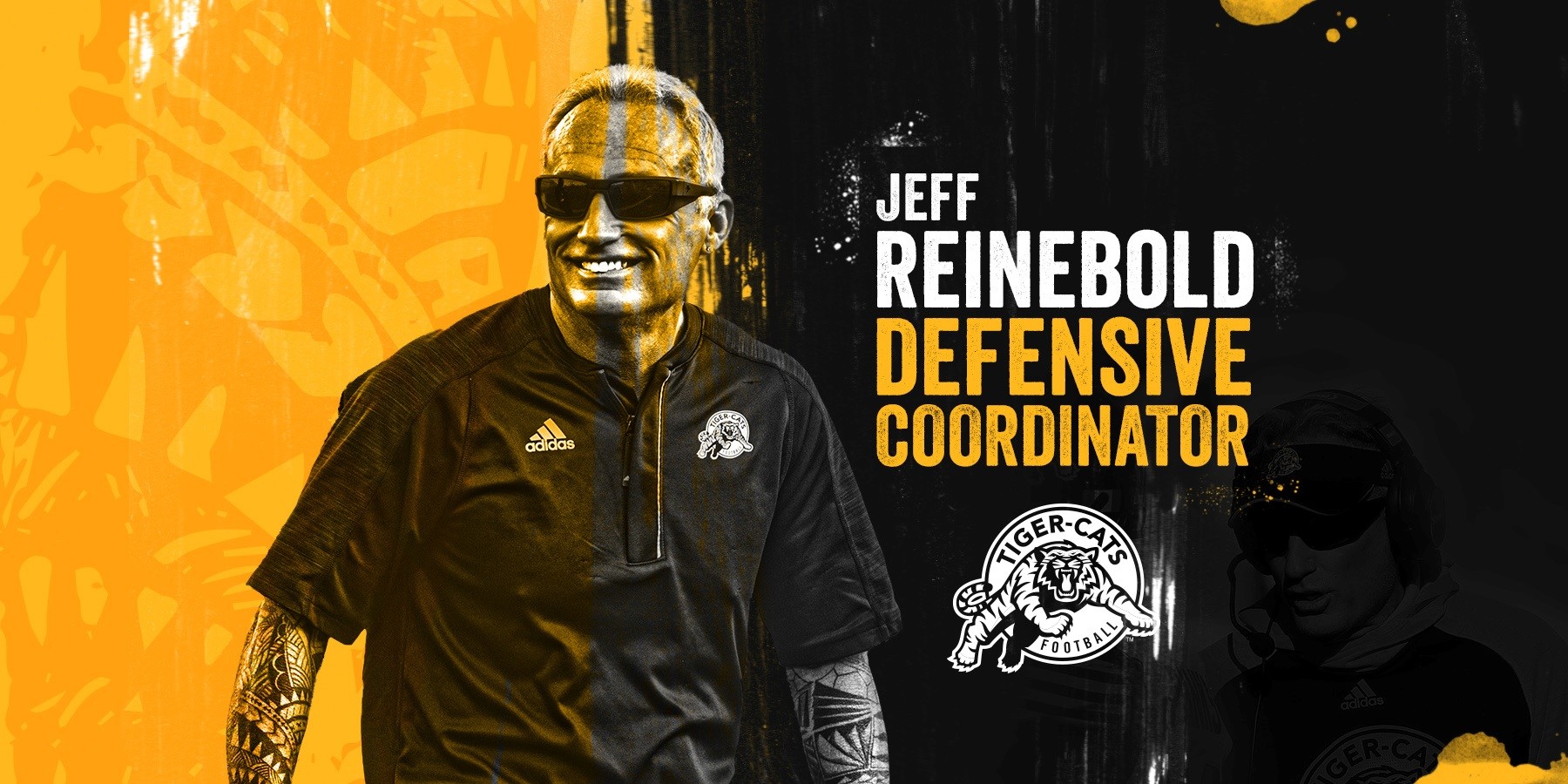 Kent Austin, Vice President of Football Operations and Head Coach of the Hamilton Tiger-Cats, announced Monday that Jeff Reinebold has been promoted to Defensive Coordinator of the football club. Reinebold had previously served as the team’s Special Teams Coordinator for the last four seasons and also as Linebackers Coach since 2014.

“Jeff is an intelligent, experienced football coach that has been a leader on our staff for the past four years,” said Austin. “His familiarity with our players, coaches and staff will allow for a smooth transition and speaks to our emphasis on the importance of continuity within our organization.”

Reinebold, 59, will enter his fifth season with the Tiger-Cats in 2017. He joined the team as Special Teams Coordinator on February 5, 2013, adding the role of Linebackers Coach in March 2014. The South Bend, Indiana, native has nearly 35 years of coaching experience, including 13 years at the CFL level.

The Tiger-Cats have led the CFL in special teams touchdowns in each of the last two seasons. In 2015 specifically, Hamilton scored six touchdowns on special teams, including four punt return majors by Banks, and two additional touchdowns on a blocked punt and an onside punt recovery. Overall, the Tiger-Cats had six blocked kicks, while the rest of the league combined for just 12 in total. Banks also returned a missed single-point convert attempt for the first missed convert return score in the history of the CFL, and had two additional kick return touchdowns negated by penalties.

Prior to joining the Ticats, Reinebold served as Defensive Coordinator for the Montreal Alouettes in 2012. His coaching experience at the CFL level also includes various roles with the B.C. Lions (1991-93, 1996), Las Vegas Posse (1994), Edmonton Eskimos (1995), and a two-year stint as Head Coach of the Winnipeg Blue Bombers (1997-98).