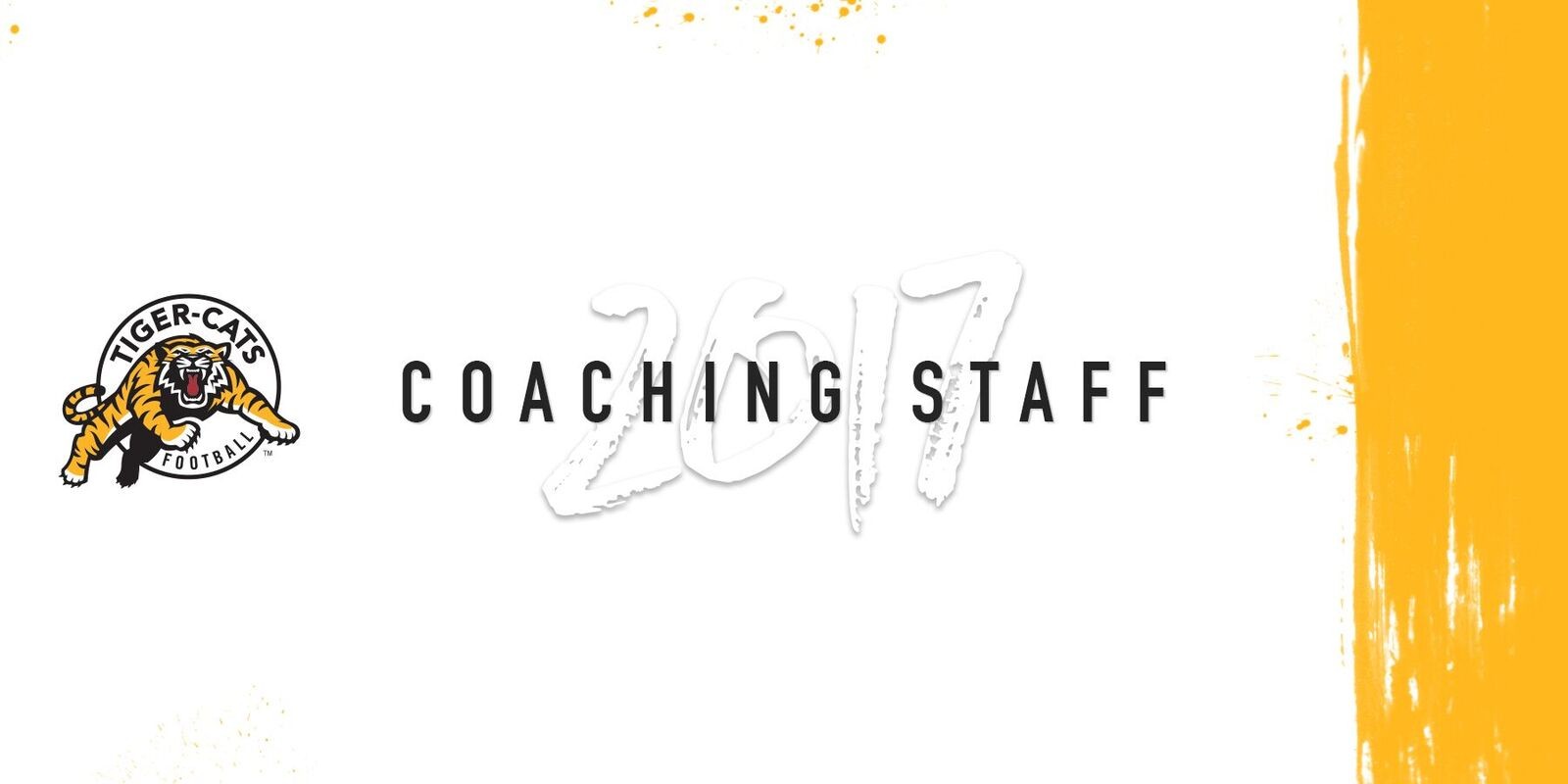 Kent Austin, Vice President of Football Operations and Head Coach of the Hamilton Tiger-Cats, announced the team’s 2017 coaching staff on Thursday, including the additions of Dennis McKnight as Special Teams Coordinator, Phillip Lolley as Defensive Run Game Coordinator and Linebackers Coach, and William Fields as Defensive and Special Teams Assistant.

Austin, Reinebold, Grant, McPhee and Stanley will all return for their fifth consecutive season with the Tiger-Cats in 2017. Reinebold enters his first season as Defensive Coordinator after previously serving as Special Teams Coordinator for the last four seasons, and also as Linebackers Coach since 2014. McPhee, who had two previous stints as a coach with the Ticats prior to 2013, will enter his 15th season overall with the team. Ptaszek and Markuson will each return for their second seasons in their coaching roles from 2016, respectively.

McKnight, a coaching veteran of 15 years, has experience at both the CFL and collegiate levels. The former National Football League offensive lineman spent the 2011 season as the Edmonton Eskimos’ Running Backs Coach, helping Jerome Messam earn Most Outstanding Canadian honours. He has also served as Lamar University’s Special Teams and Offensive Line Coach (2012-13), spent three seasons at Southern Methodist University as Offensive Line Coach (2008) and Special Teams Coach (2009-10), had two stints at the University of Hawaii (1999-2000, 2006-07) where he helped the Warriors produce one of the top special teams units in the nation all four years, and served two years at both Grossmont College (2002-03) and San Diego State (2005-06) as Special Teams Coach and Tight Ends Coach, respectively.

The Dallas, Texas native was an offensive guard in the NFL for 11 seasons from 1982 to 1992, including eight with the San Diego Chargers, two with the Detroit Lions and one with the Philadelphia Eagles. McKnight, a Drake University graduate, was an alternate for the Pro Bowl in 1988 as a member of the Chargers.

Lolley has over three decades of coaching experience, most recently serving three seasons under Chris Jones in the CFL as Linebackers Coach for the Saskatchewan Roughriders (2016) and Edmonton Eskimos (2014-15). Prior to joining the CFL coaching ranks, the Butler, Alabama native spent 15 years at Auburn University (1999-2013) in various roles, including Director of Football External Relations (2012-13), Cornerbacks Coach (2009-11), Director of NFL Relations (2004-08), Linebackers and Defensive Backs Coach (2000-03), and Strength and Conditioning Coach (1999). Lolley, a 22-year veteran high school coach in the state of Alabama, served as a head coach at three schools, including North Jackson (winning the 1993 4A state championship) from 1988 to 1998, South Choctaw Academy in 1977, and Warrior Academy in Eutaw from 1978 to 1982. He also served as Defensive Coordinator at Demopolis High School from 1982 to 1984 and as Head Coach at Stevenson High School from 1984 to 1987.

Fields, who will enter his third season as a coach in the CFL in 2017, served as Assistant Defensive Backs and Defensive Quality Control Coach with the Montreal Alouettes last season after spending 2015 with the B.C. Lions in the same role. He also served as Defensive Backs Coach at Simon Fraser University in 2014 after making his coaching debut at Cypress Christian High School in Houston, Texas, where he was also Defensive Backs Coach from 2010 to 2013. The McKeensport, Pennsylvania native had a six-year playing career in the CFL with the Calgary Stampeders (2001-04) and Winnipeg Blue Bombers (2005-06), accumulating 223 defensive tackles and 13 interceptions in 87 career games. Fields, a University of Houston product, won the Grey Cup in 2001 at Olympic Stadium in Montreal as a member of the Stampeders.