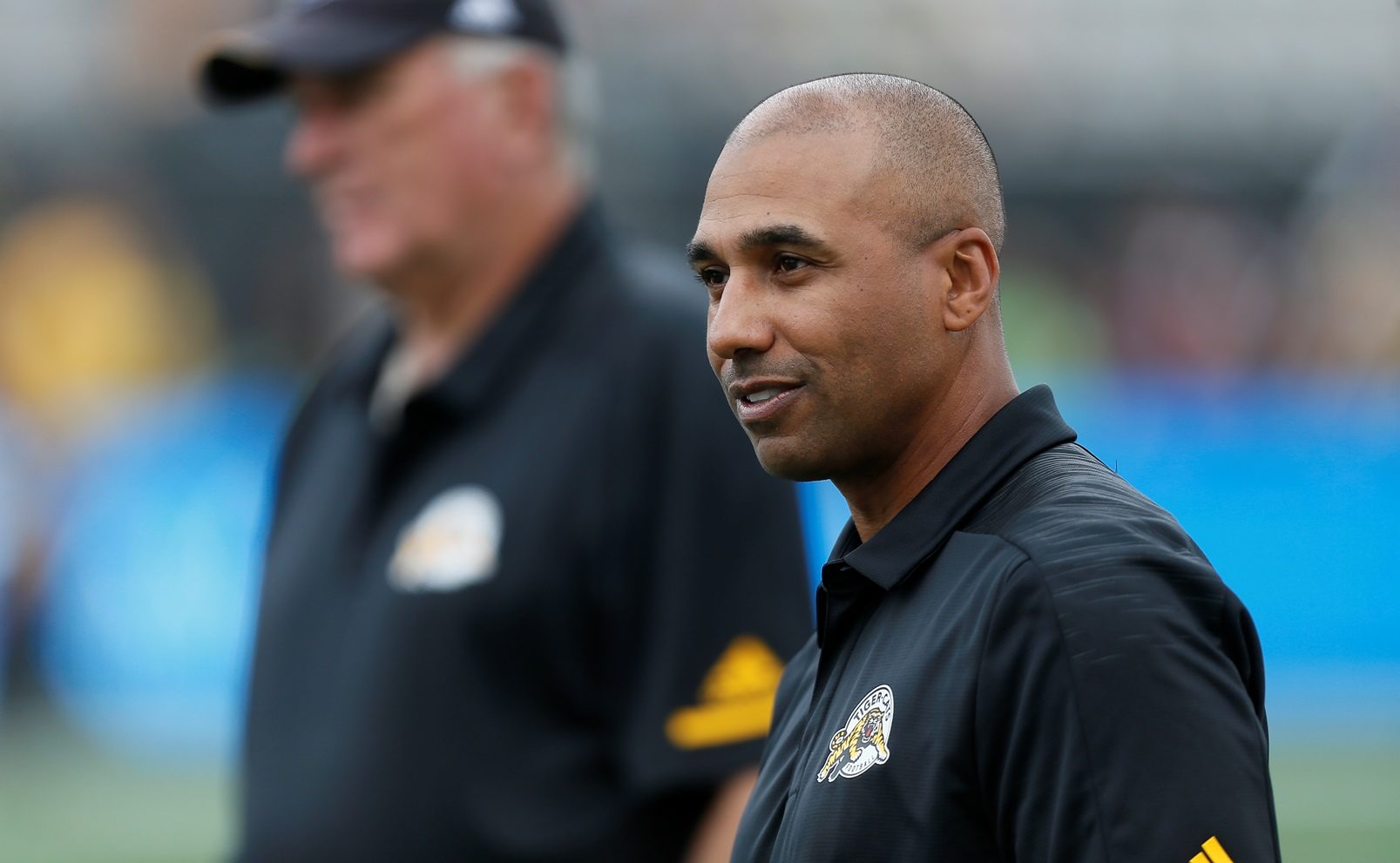 “We’re extremely pleased to be able to keep some continuity while putting together a quality group of coaches with extraordinary experience,” said Steinauer. “The coaches will set the tone, and we’re excited about the leadership and work ethic this group will bring to our football team.”

Steinauer added, “There is a possibility we may look to add another coach to the staff in the coming months.”

Washington, 45, has 22 combined years of Canadian Football League experience as a player (1997-2007) and coach (2008-18) and is a three-time Grey Cup champion (2002, 2006, 2011). The Washington, D.C. native joins the Tiger-Cats after 11 seasons with the BC Lions where he most recently served five years as Defensive Coordinator (2014-18) preceded by six seasons as Defensive Backs Coach (2008-13). During his tenure as a coach in BC, Washington presided over 18 West Division All-Stars and 11 CFL All-Stars from the defensive back position.

Reinebold, 61, has more than 35 years of coaching experience, including 15 years at the CFL level. He returns to the Tiger-Cats after spending last season with the BC Lions as Special Teams Coordinator where placekicker/punter Ty Long led the CFL in punting yards, punting average, net punting and was the Lions’ nominee for Most Outstanding Player as well as the West Division finalist for CFL Most Outstanding Special Teams Player under Reinebold’s tutelage. The South Bend, Indiana, native spent the previous five seasons with the Tiger-Cats, joining the team as Special Teams Coordinator in 2013 before adding the role of Linebackers Coach in 2014, and ultimately serving as Defensive Coordinator for the first-half of 2017.

Ross, 64, previously spent three seasons with the BC Lions as Defensive Line Coach from 2015 to 2017, and has 40 years of coaching experience in the NCAA, NFL and CFL ranks. In 2016, Ross crafted a pool of talented linemen which helped the Lions defense record 52 sacks and a tie for the league lead. Alex Bazzie racked-up a team and career-high 11 sacks propelling him to his first West Division All-Star selection. Ross’ big men up front also led the club to the second-fewest rushing yards against in 2016.

Melvin, 59, spent the 2018 season as Defensive Line Coach with the BC Lions on Washington’s staff. Under Melvin’s watch, the Lions tied for the league lead with 45 quarterback sacks, and defensive ends Shawn Lemon and Odell Willis tied for third in the CFL with 11 sacks each. The Aurora, Illinois native has over 30 years coaching experience, including three stops as a defensive line coach in the NFL with the New England Patriots (2000-01), Cleveland Browns (2005-08) and Tampa Bay Buccaneers (2012-13).

“We sincerely want to thank Dennis ‘Deke’ McPhee, Corey Grant, Dan Morrison, Jerry Glanville, Frank Ganz Jr., Will Fields and Robert Lyles for their dedication and hard work with the Tiger-Cats,” said Steinauer. “They are all great men who made significant contributions to our accomplishments as an organization and we wish them the best in the future.” 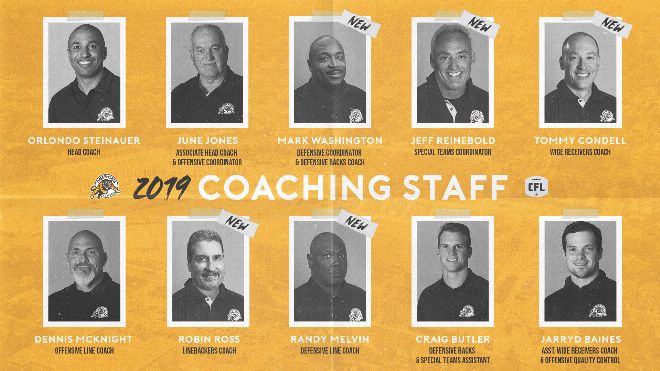