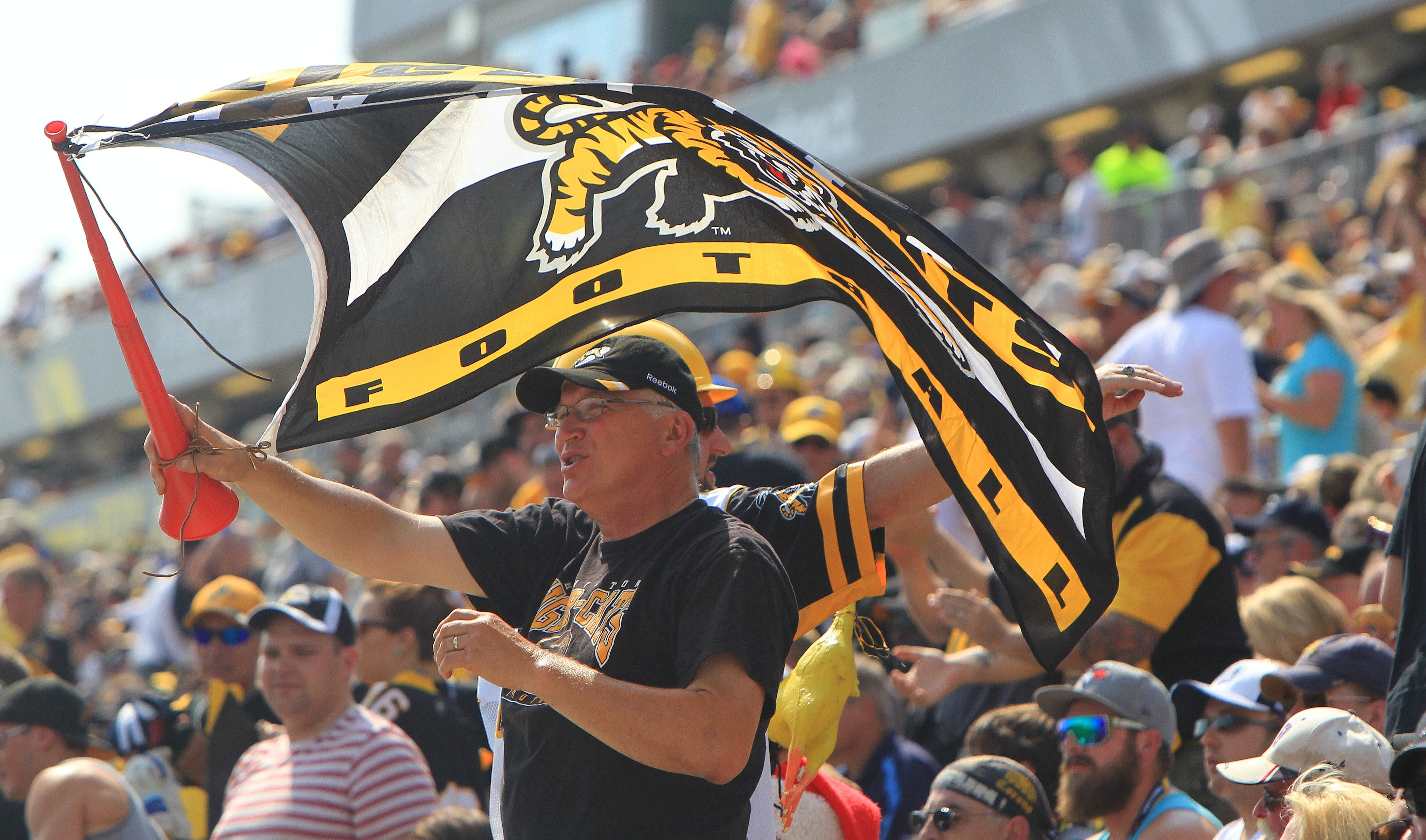 The Hamilton Tiger-Cats return to Tim Hortons Field on Sunday to face the Ottawa Redblacks with first place in the East Division and a home playoff game on the line. It has been an electrifying season on the field and at the gates, and the Ticats will extend a special “thank you!” to their fans at the pivotal final regular season home game.

In appreciation for the best fan support in the CFL, the team is theming Sunday’s game #TicatsSayThanks. Presented by Enercare, the game will feature giveaways of premium items for all fans in attendance, an appearance by The Argyll and Sutherland Highlanders of Canada, a special salute to the Canadian Forces, including a pregame flyover, and more. Kickoff is set for 1 p.m. Remaining tickets for the game may be purchased by clicking here or by telephone at 905-547-CATS (2287).

All fans attending Sunday’s #TicatsSayThanks game will receive mini-footballs and thundersticks courtesy of Enercare, and Ticats All Access members can enter to win an Alex & Ani bracelet courtesy of Barry’s Jewellers. Fans may join Ticats All Access for free at Ticats.ca in advance of the game to participate and take advantage of other special offers and exclusives. Fans will be able to visit the Findlay Family Zone on game day to have their photo taken for the chance to be featured on a future billboard for Findlay Personal Injury Lawyers.

Tim Hortons coffee and hot chocolate will be sold for $1.25 on the South Plaza prior to the game, with proceeds to benefit the Tim Hortons Play Action minor football program hosted by the Tiger-Cats. Play Action develops the sport of football at grassroots levels across the Hamilton-Niagara region.

The Ticats will pay the HST on all team merchandise purchased at Tim Hortons Field at the fan appreciation game. Winter gear has arrived, just in time for the 103rd Grey Cup Playoffs.

Hamilton and Ottawa each own a 10-6 record heading into the final two weeks of the regular season. They will be meeting for the first time on Sunday. A Ticats win assures the team of hosting a home playoff game in either the November 15 Eastern Semi-Final or the November 22 Eastern Final. The Ticats and Redblacks square off again November 7 in Ottawa.