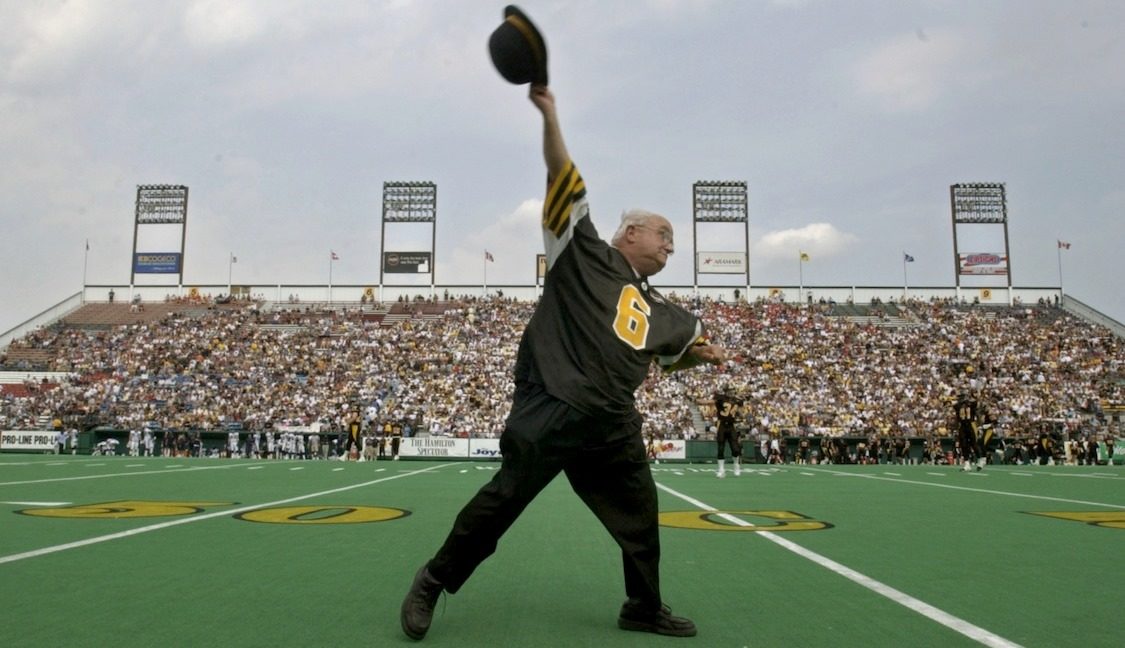 The search is officially on to find the next Hamilton Tiger-Cats super fan to don the iconic bowler hat. The Tiger-Cats launched the #PigskinPeteSearch social media campaign Monday, calling out for applications from fans across TigerTown. The process will consist of video application submissions from interested parties, culminating in an online fan vote on Ticats.ca.

“The Pigskin Pete character has been a staple at Tiger-Cats home games for the better part of a century and we’re tasking our fans with helping us find the next one,” said Matt Afinec, Tiger-Cats President and Chief Operating Officer. “We understand the historical significance of the role and the impact on our game experience to have the right person leading the Oskee Wee Wee chant – one of the most defining and symbolic in-game traditions in all of sports.”

All submissions will go to an advisory committee consisting of Tiger-Cats Community Ambassador Lesley Stewart, receiver Luke Tasker, representatives from the Ticats front office, distinguished Tiger-Cats alumni, local media members and season seat holders. The advisory committee will be tasked to short-list only the absolute best applicants, and a minimum of three finalists will be selected for fans to vote on via an online portal on Ticats.ca.