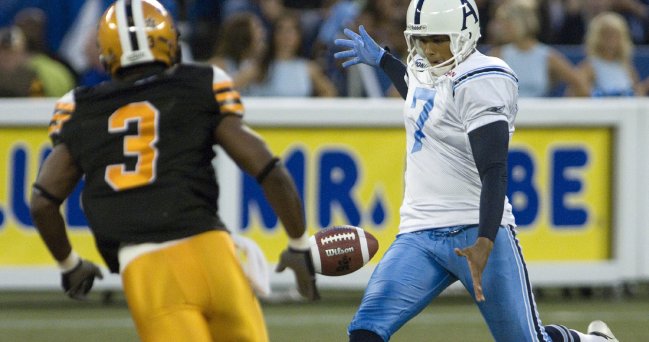 TIGER-CATS MAKE A DEAL WITH ESKIMOS

Medlock, a 6-0, 208-pound native of Fremont, California, spent the final four games of the 2010 season on the reserve list after signing with the Eskimos as a free agent on October 12.  He was exceptional with the Toronto Argonauts in 2009, connecting on 40 of 46 (87%) field goals while averaging 42.3 yards per punt, earning him a nomination as the team’s Most Outstanding Special Teams Player.

After spending time with the NFL’s Washington Redskins and Detroit Lions in 2010, Medlock returned to Toronto, playing in four games with the Argos before being released on October 12.  The UCLA product was originally selected by the Kansas City Chiefs in the fifth round (160th overall) of the 2007 NFL Draft.

Thomas, a 5-11, 195-pound native of College Park, Georgia, finished the 2010 season on Edmonton’s practice roster after signing as a free agent on October 5.  In 2009, Thomas joined the Saskatchewan Roughriders practice roster in October after a stint with the NFL’s San Francisco 49ers.  During his collegiate career at South Carolina, he made 60 defensive tackles and six interceptions in four seasons.

“We’re pleased to complete this trade as it provides our team with depth at kicker and defensive back as well an additional pick in this year’s draft,” said Head Coach Marcel Bellefeuille.