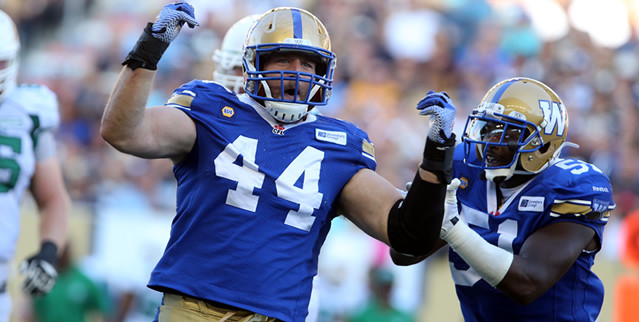 Anderson, 26, started 16 games at defensive tackle for the Winnipeg Blue Bombers in 2015, registering a career-high 32 defensive tackles. In 40 career CFL games (29 starts) with Winnipeg since 2013, the 6-3, 295-pound native of Sault Ste. Marie, Michigan, has recorded 81 defensive tackles, three tackles for loss, 10 quarterback sacks and two fumble recoveries. Prior to joining the Blue Bombers, Anderson played college football at Northern Michigan where he was named first team All-GLIAC as a senior after finishing the season with 40 tackles, 10 tackles for loss, one sack and one interception.

Dixon, 29, played nine games with the Calgary Stampeders in 2011, posting 14 defensive tackles and two quarterback sacks. After missing the 2012 and 2013 CFL seasons due to injury, Dixon attended training camp with the Stampeders in 2014 before being released. The 6-2, 260-pound native of Sebring, Florida, played one season at both the University of Nebraska-Lincoln (2008) and Troy University (2009) before spending time with the NFL’s Seattle Seahawks in 2010.