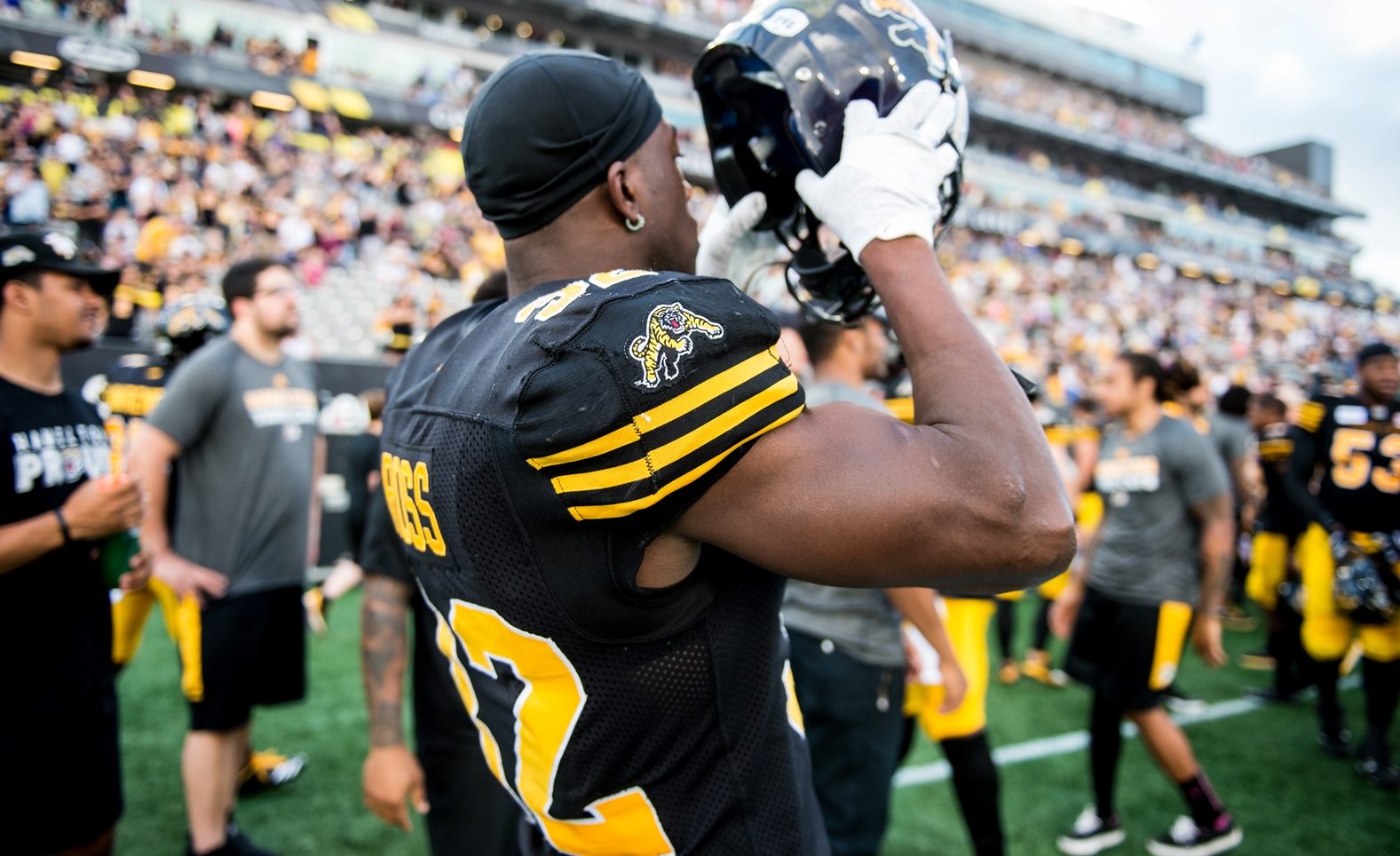 Porter Jr., 25, had three stints on the Tiger-Cats practice roster during the 2018 season. He suited up in five games with the Winnipeg Blue Bombers in 2017, collecting two defensive tackles and five special teams tackles. The 5-10, 188-pound native of Detroit, Michigan spent time with the National Football League’s Chicago Bears in 2016 after two seasons at Jackson State (2014-15). He earned All-SWAC honours in 2015 after posting 38 tackles, one interception and 12 passes defended with the Tigers.

Marcus, 24, spent time on the Tiger-Cats practice roster last season in July after a stint with the NFL’s Cleveland Browns in 2017. Prior to turning pro, the 6-1, 240-pound defensive end played at Ohio State University from 2012 to 2013 before transferring to the University of Akron for his junior and senior seasons in 2015 and 2016. In 24 games with the Buckeyes, the Durham, North Carolina native started once and registered 29 total tackles, two tackles for loss, two sacks, four pass knockdowns and one forced fumble. In 18 games with the Zips, Marcus started 14 times and compiled 46 total tackles, 19 tackles for loss, eight sacks, one pass knockdown, two forced fumbles and one fumble recovery.

Van Pelt, 22, played 10 games at the University of Calgary in 2018, and was named the top lineman in the Canada West Conference after registering 35 total tackles, 11.5 tackles for loss, 7.5 quarterback sacks and two forced fumbles. The 6-4, 260-pound native of Lethbridge, Alberta appeared in 37 career games with the Dinos from 2014 to 2018, accumulating 90 total tackles and was part of the teams that won the 2016 Mitchell Bowl as well as the 2016 and 2017 Hardy Cup. Van Pelt was selected by the Tiger-Cats in the eighth round, 62nd overall, in the 2018 CFL Draft and attended training camp in Hamilton last season where he spent time converting to the offensive line.