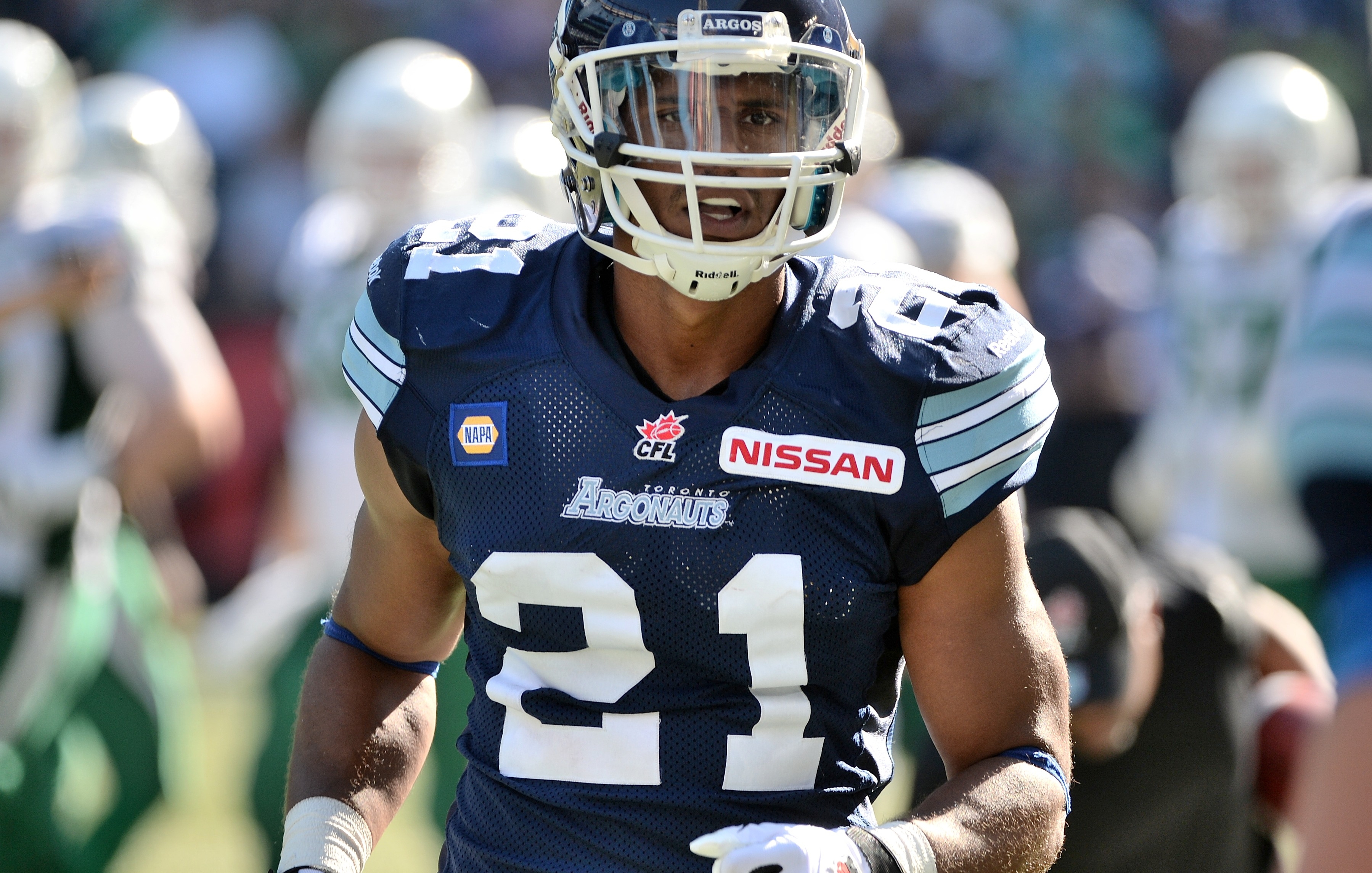 Woodson, a 6-0, 215-pound native of Calgary, Alberta spent the last two seasons with the Toronto Argonauts after being traded by the Winnipeg Blue Bombers in 2013. Last season, he had 14 carries for 52 yards and eight receptions for 60 yards with the Argos.

Prior to being selected by the Blue Bombers in the fourth round (29th overall) of the 2010 CFL Canadian Draft, Woodson played five seasons at the University of Calgary where he compiled 1,745 rushing yards and 11 rushing touchdowns. He was named second-team All-Canadian and a Canada West All-Star in 2007.