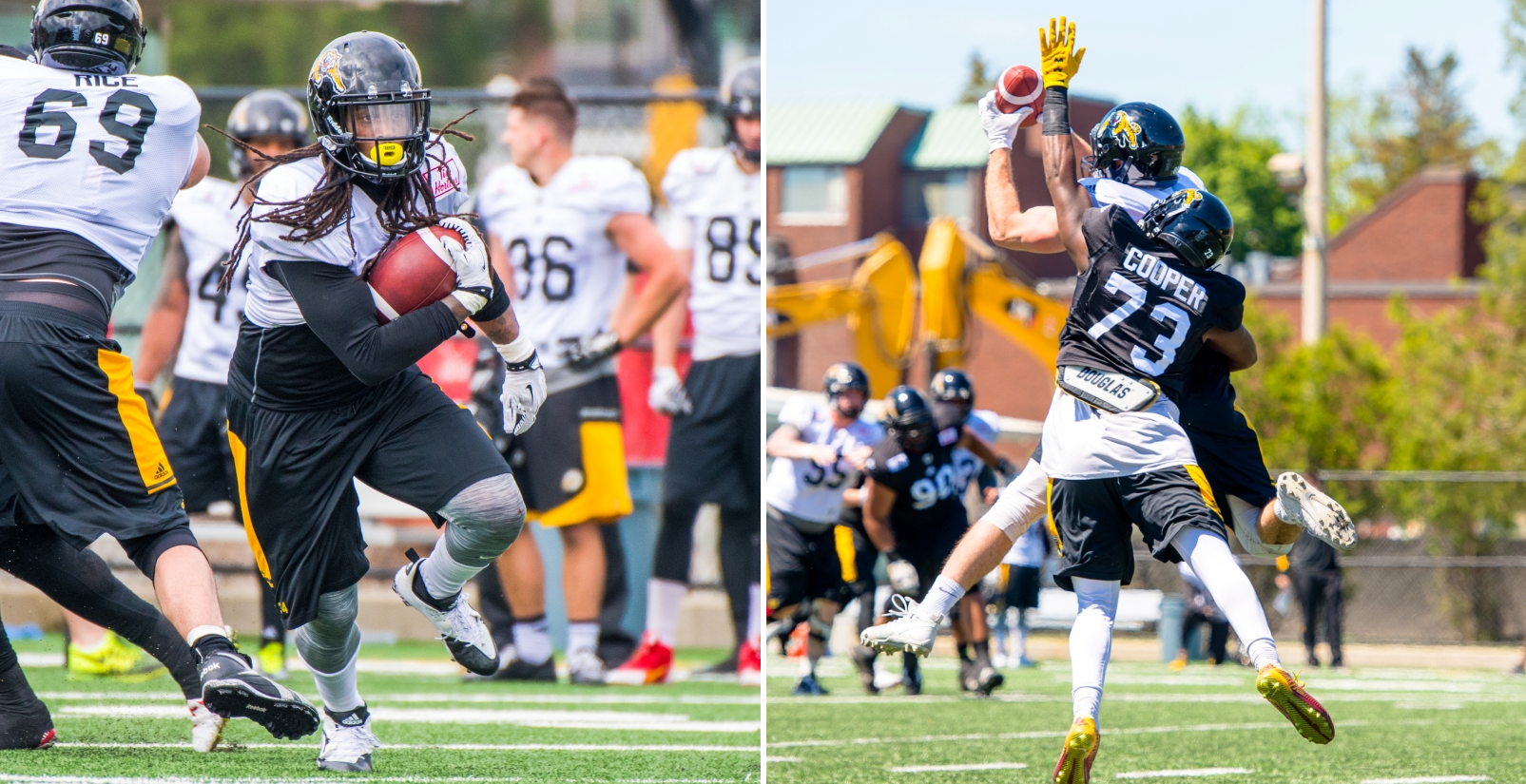 TIGER-CATS SIGN RUNNING BACK GREEN AND DEFENSIVE BACK COOPER
September 12, 2017

The Hamilton Tiger-Cats announced Tuesday that the football club has signed two international free agents to practice roster agreements, including running back Alex Green and defensive back Mariel Cooper.

Prior to turning pro, Green played 27 games over two seasons at the University of Hawaii (2009-10), posting 232 carries for 1,652 yards and 22 touchdowns, and hauling in 38 catches for 461 yards and two receiving touchdowns. In his senior year, Green was named an honourable mention All-American by SI.com and was selected as a second-team all-WAC after tying the Warriors single-season school record in rushing touchdowns (18) and posting the second highest rushing yardage single-season total (1,199) in school history.

Cooper, 24, signed with the Tiger-Cats on June 3, 2017, and attended training camp with the team before being released on June 17. The 5-11, 192-pound native of Sumter, South Carolina, spent time with the NFL’s Washington Redskins in 2016. He appeared in 12 games with 11 starts with the Citadel Bulldogs in 2015, registering 30 tackles, four tackles for loss, eight pass breakups and one interception. Prior to his time at The Citadel, Cooper played at South Carolina State University for four years (2011-14), totaling 31 tackles, one pass breakup, one fumble recovery and one blocked kick.