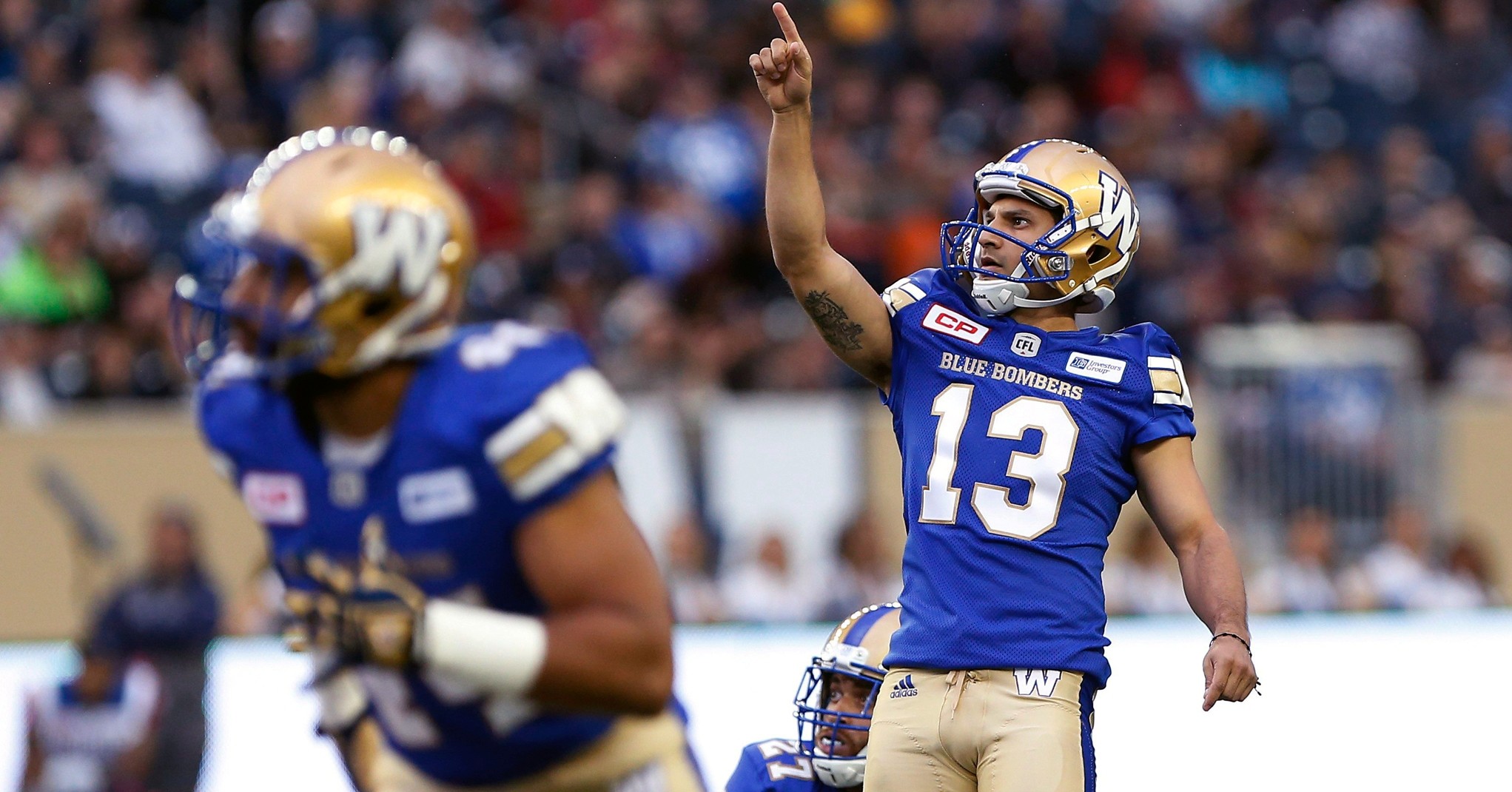 Castillo, 26, has appeared in six CFL games over the last two seasons with the Winnipeg Blue Bombers (2015) and Ottawa Redblacks (2016), converting 10 of his 13 field goal attempts (76.9%) and averaging 44.6 yards per punt on 21 attempts. He spent time on the Tiger-Cats practice roster in 2015 before joining the Blue Bombers. In 2014, Castillo attended training camp with the National Football League’s Atlanta Falcons and kicked two field goals in a preseason game.

The 5-11, 184-pound native of La Joya, Texas, played four seasons at West Texas A&M where he connected on 78% of his field goal attempts and set both a school and Lone Star Conference record with 62-career field goals. He also won the Fred Mitchell Award, given to the nation’s top kicker, in 2013, and set a single-season school record with 38 field goals in 2012.

Hawkins, 22, attended mini-camp with the NFL’s New York Jets and also spent time on the Toronto Argonauts practice roster in 2016. The 5-11, 185-pound native of Peoria, Arizona, played four years at Northern Arizona University, making 24 of his 29 field goal attempts (82.8%) and punting 73 times for an average of 47.7 yards.

Peterson, 31, spent the last two seasons in the Arena Football League with the Tampa Bay Storm. Overall, the 6-3, 220-pound native of Burnt Hills, New York, converted six-of-seven field goals and 100 of his 121 PAT attempts. He also attended training camp with the Ottawa Redblacks in 2014 after graduating from State University of New York at Courtland.

The Tiger-Cats also announced a series of other transactions on Sunday.

The following player has been released:
NAT – DB – Tyler Storie